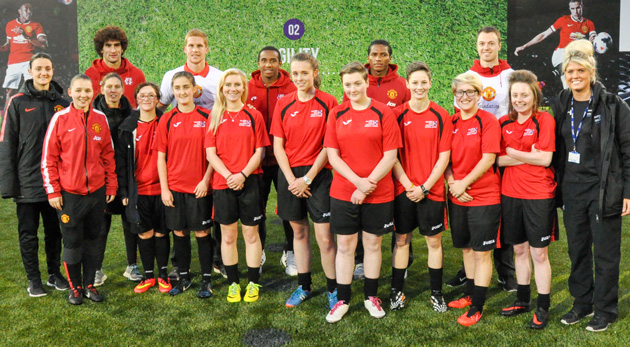 The students were invited invited to train on a synthetic pitch next to the Sir Alex Ferguson Stand at Old Trafford with some of the club’s specialist women’s coaches.

They were thrilled when the Premier League stars joined in a kickabout and posed for photos with them afterwards.

One of the learners, Emma Farrington, aged 17, who is studying maths and English GCSEs and a diploma level three in sport, said: “I can’t believe we were given the opportunity to train at Old Trafford. The best bit was definitely meeting the players.”

Kelly Macphail, head coach at the academy, said: “The visit was a fantastic way to reward the team just before Christmas and hopefully this has inspired them to continue working hard so that we can finish this season on a high.”