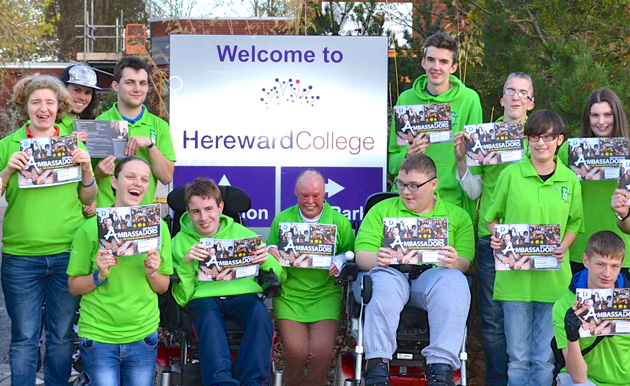 The team, which was launched in 2005 to help first year students adjust to college life, received a £1,500 grant from coffee retailer Starbucks.

It paid for a two-day visit from the The Diana Award Anti-Bullying Training Team, launched in memory of the former Princess of Wales, which taught the 22 learners how to challenge and change the behaviour of bullies.

Level two ICT learner Warren Fletcher, aged 17, said: “The training was very helpful. It gave us the skills we need to deal with bullying — which are confidence, listening and communication.”

The grant will also fund a film showcasing the team’s anti-bullying work.

Photo caption: Members of the peer support team who did the anti-bullying training