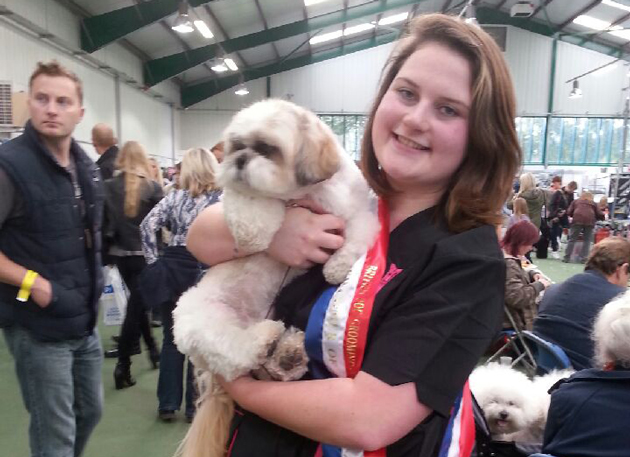 The 19-year-old level three dog styling student took the title after impressing judges at the event last month in Stoneleigh, Warwickshire, with a ‘teddy bear’ style she created for her Shih Tzu Lola.

It involved a short cut all over except for the dog’s head where the fur was left longer and fluffy.

“Beeche took along her little Shih Tzu dog which she clipped and scissored into a teddy bear trim in two hours.

“This young lady was a very shy and quiet girl when she started at college and now the world is her oyster.”