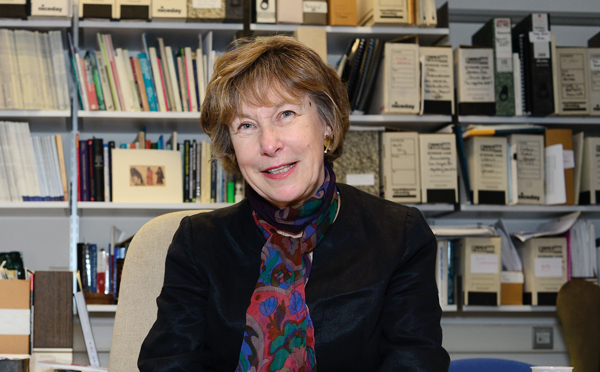 Professor Alison Wolf, the influential academic who authored the government’s 2011 report on vocational education, is one of just four people to have been given a coveted life peerage by the Prime Minister in this Parliament, and will soon join the ranks of Peers as a cross-bencher without party political affiliation.

As she prepares to fight the Garter King of Arms over her desire to be Baroness Wolf of Dulwich, a title she fears may be denied her due to the popularity of the South London suburb, the 63-year-old King’s College professor spoke to FE Week reporter Freddie Whittaker about study programmes, apprenticeships and careers guidance, and why she remains committed to the principle of House of Lords reform — even if it means giving up her seat in the future.

Tell us about the peerage. Was it something you expected? Do you think it will give you a bigger voice to speak up for FE?

I had no idea that the Prime Minister even appointed any. If I had been asked to do it as a party political peer I would have said no. That I am absolutely sure about.

But I do think somebody has got to do something about the Lords, even if that involves throwing me out again. We did a half-baked reform and we never finished. I am a believer in second chambers, and not just because I’ve been asked to join one, but it needs to be younger, it needs to have more people who are still in the world of work and therefore not losing touch with everything.

I haven’t the faintest idea what the government is going to look like after next May, or whether they will have the slightest interest in listening to me or not, but I do think will give me a platform.

I had a fantastic chance to write a report for the government, but what I have concentrated on are the things that the report covered. You can’t do everything, and there are some major issues in the sector which I didn’t get a chance to talk about, I mean particularly post-19, but also 16 to 19.

There have been some concerns raised about study programmes. They were your brainchild. What do you make it all?

I was a bit cross with the Ofsted report. If you actually read it carefully and you actually look at the sample size, it was very anecdotal. So I haven’t lost heart. I mean, obviously it was a bit disappointing, but it was very small-scale, it’s very early days. I still really, really believe in it.

[Responding to claims FE is picking up the responsibility — and bill — for learners when school sixth forms reject learners without Cs at English and maths GCSEs] The FE sector, for better or worse, has always had this dual role, it’s always had to balance itself between being full of centres of excellence and things, which are selective, demanding and all of that, and the fact that is basically is the sector that soaks up everything else that everybody else rejects. It always has been.

The funding cut for 18-year-olds worries me enormously. It just seems to me that these are the kids that we really, really need to try and help before it is too late. If they’re in their third year, it probably means they’ve had some false starts, but if they’re there in their third year, then they’re really giving it a go, and many kids really need that third year if something went wrong when they were 11, 12, 13 years old.

What do you think about apprenticeships, the proposed reforms and the party pledges around boosting them?

There is no point doing an apprenticeship if it’s not decent. So if you set a numerical target, right there you have blown quality out of the water. End of story. I can’t imagine what got into their [Cameron and Miliband] heads. They should know about targets by now, shouldn’t they? I was aghast. I thought that was just stupid.

With the reforms, ideally, what you want is for people to put money in and get it back rather than be given money, for two reasons. First of all, from what we know about the psychology of human beings is that if they are actually putting even small amounts of money in, they really get involved in what it is being spent on. And the other thing that we know is that basically refunding people is much less bureaucratic than
giving them money.

When you get government funding, for all sorts of absolutely predictable and totally understandable reasons, you feel like a regulatory mountain has fallen on your head, because this is public money. What you want to avoid is giving employers money to spend, which they then have to account for in incredible detail, which is what happens whenever you get public funds.

You don’t want them to feel that it’s going to cost them huge amounts of money that they might never get back.

What can we do to end the age-old careers advice problem?

Schools are not going to promote apprenticeships, except to kids they want to get rid of. You can put it in every piece of legislation you pass from now to the year 3000, and they still won’t.

But I don’t think anybody else really ever does it. My sense is, you have to give responsibility to schools and you have to find some way of checking that they are making things available. But it’s also an area where I actually think the model has to change.

I just think it asks somebody to do what no human being can do. It asks them to know enough about every individual who comes in and enough about the whole labour market to be able to give really good, personalised advice to a totally random sample of hundreds of people. You can’t do that.
Nobody can do that.