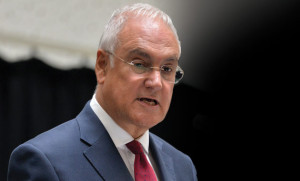 Ofsted proposals to halve the time between inspections of good FE and skills providers have been questioned by the Association of School and College Leaders (ASCL).

Ofsted chief Sir Michael Wilshaw has launched an eight-week consultation on reforms to the education watchdog’s inspection regime intended to give “much clearer focus on ensuring that good standards have been maintained”.

Currently, good FE and skills providers face reinspection up to every six years if there are no concerns to trigger an earlier revisit — but Ofsted is looking at changing that to a “short inspection” up to every three years, unless concerns trigger one sooner.

Sir Michael said: “The time has come to introduce frequent but shorter inspections for good schools and FE and skills providers.”

He added: “It’s [six years] too long for us to spot signs of decline and it’s too long for improving institutions to show that they are now delivering an outstanding standard of education.”

But Dr Stephan Jungnitz, colleges specialist for the ASCL, said: “We feel strongly that moving to more inspections isn’t the right way. We understand the need for Ofsted, but the current thinking that college professionals can’t be trusted to make sound judgements themselves over what areas need improving and see those through themselves is misguided.

“What we need is fewer inspections and more responsibility placed with college professionals to drive improvements.”

Gill Clipson, deputy chief executive at the Association of Colleges, said: “There’s a balance to be struck between allowing good and outstanding colleges to get onwith the job and ensuring performance remains high. We’ll be consulting colleges to ensure our response reflects this balance.”

Also among the reform proposals was the introduction of a single common inspection framework for nurseries, schools and colleges, as exclusively revealed by FE Week two months ago.

The consultation further sets out proposals for four categories of judgements — leadership and management; teaching, learning and assessment; personal development, behaviour and welfare; and outcomes for children and learners.

“Ofsted’s decision to introduce a single inspection framework for pre-school, primary, secondary and further education (FE) will need careful implementation,” said Ms Clipson. “We understand the principle behind this decision, but will need to be convinced that training provided by FE colleges, particularly for adults in the workplace, can really be judged on the same basis as the education given to school children.”

Dr Mary Bousted, general secretary of the Association of Teachers and Lecturers (ATL), questioned the sense of another round of inspection regime reforms.

She said: “None of this helps teachers to do a better job. Ofsted doesn’t look like it knows what it wants. It has made substantial changes to school inspection frameworks or guidance on average twice every year since Michael Wilshaw became chief inspector in January 2012.”

Dr Lynne Sedgmore, executive director of the 157 Group, said: “We will be taking time to digest the full details of Ofsted’s proposals but welcome anything which signals increased trust in the professional abilities of educational leaders to maintain high quality.”

The consultation is available on www.ofsted.gov.uk and runs until December 5.

Keeping an eye on providers, no matter what their last inspection grade was, is the role of Ofsted.

From outstanding (grade one) to inadequate (grade four), the education watchdog must be alert to signs of declining quality across the sector.

While more frequent inspections might therefore be welcomed, by some, it should be remembered that Ofsted is just talking about good (grade two) providers here.

Inadequate providers continue to expect a revisit within 15 months, and outstanding ones will only see an inspector if there is something going wrong — at least, that is according to Ofsted.

In the summer, FE Week reported how one provider graded outstanding eight years ago was next inspected this year and was branded inadequate. And yet in 2010/11 it had recorded success rates more than 10 percentage points below the national average.

Get tough on good providers who might be slipping, fine, but outstanding ones can slip too and so, in light of the above example, better monitoring of grade one providers and an end to the open-ended timescale for reinspection seems equally valid.