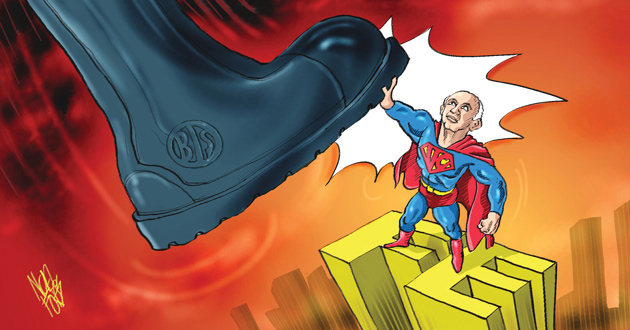 Claims by Business Secretary Vince Cable that he stopped government officials from “killing off” FE have been backed by former Skills Funding Agency (SFA) director of provider services David Hughes.

Dr Cable told a fringe event at the Liberal Democrats’ conference in Glasgow last week that he blocked moves in 2010 to enforce drastic funding cuts for “post-school” training.

The BBC website reported that Dr Cable claimed civil servants advised him to “effectively kill-off FE”, suggesting the savings could have paid for his party’s pledge to axe university student tuition fees.

And Mr Hughes, who left the SFA in April 2011 before becoming the chief executive of the National Institute of Adult Continuing Education (Niace) six months later, said: “Dr Cable was not misleading people with his comments. Those kind of views were aired by civil servants but never to the point that it became a serious policy proposal.

“It was an unprecedented time for government spending cuts and people were thinking the unthinkable.

Mr Hughes joined Niace three years ago after a year at the SFA and before that served a number of senior roles at SFA predecessor body the Learning and Skills Council.

He dealt directly with Dr Cable through his role as national director for funding, where he oversaw government payments to providers.

Dr Cable reportedly told delegates at the fringe event: “I could have taken the advice we had from the civil servants, who said ‘well, why don’t you just effectively kill-off FE. Nobody will really notice’.”

He added: “The easy way out would have been to have taken all the money out of the FE sector and out of training and I said ‘we are not doing that’.”

Julian Gravatt, assistant chief executive at the Association of Colleges, said: “Although it is pleasing to hear Vince Cable prevented even worse funding cuts being handed out to FE colleges in 2010, it does need to be recognised funding for adult skills has fallen by 35 per cent since then.

“While the demise of FE colleges might not have been noticed by officials in the ivory towers of Whitehall, the vital services they provide to communities up and down the country in the ‘real world’, despite funding cuts, would definitely have been missed.”

A spokesperson for the Department for Business, Innovation and Skills said: “In 2010, like all departments, we took a long hard look at all of our spending to achieve the level of cuts required.

“Despite the tough fiscal climate, we have retained our commitment to FE. Overall funding for adult FE and skills is £4.1bn in 2014-15.

“In the past four years, as part of the overall funding, £1.7bn in capital investment has been made available to FE colleges with funding set to continue.”