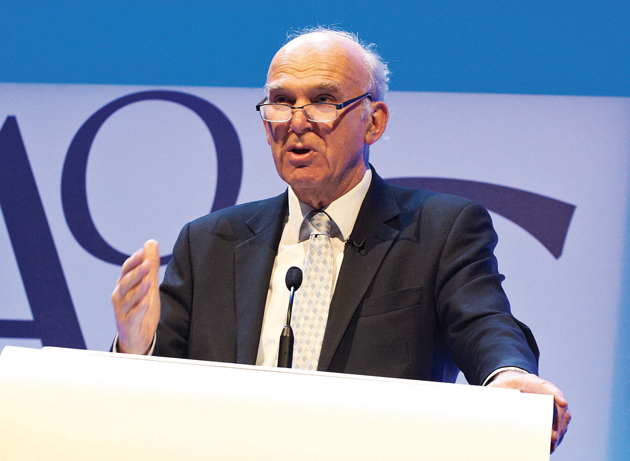 Apprentices’ pay could rise by almost 40 per cent if a plan by Business Secretary Vince Cable is approved.

Dr Cable has announced his recommendation to the Low Pay Commission (LPC) that the minimum wage for first year apprentices should rise to £3.79 per hour — the same level as the current rate for 16 and 17-year-old regular workers. Since the start of the month, apprentices have been paid £2.73 an-hour.

Dr Cable, who will address the Liberal Democrat party conference in Glasgow today (Monday), has said the move would help 31,000 apprentices if approved by the LPC.

He said: “The National Minimum Wage has successfully protected the incomes and jobs of the lowest paid workers in the UK.

“This year it will see the first above inflation rise in the minimum wage since the recession.

“Thanks to the Lib Dems, apprenticeships are helping to create a stronger economy and opportunities for young people. I want the minimum pay for apprentices boosted by £1 an-hour.”

It comes after an LPC consultation on all rates of the UK minimum wage came to an end on September 26. Its findings are expected to be released in February in the form of a report to the government, which will then make future decisions based on its recommendations.

It has been asked to look at simplifying the rate for apprentices, prompting fears the system could entail a new minimum rate for all apprentices with learners above the age of 18 no longer moving up after 12 months to the higher rates enjoyed by normal workers.

It also comes after Labour confirmed that under its plan for the adult minimum wage to rise to £8 an hour, apprentices’ minimum wage would also rise to £3.36 per hour — a 23 per cent rise.