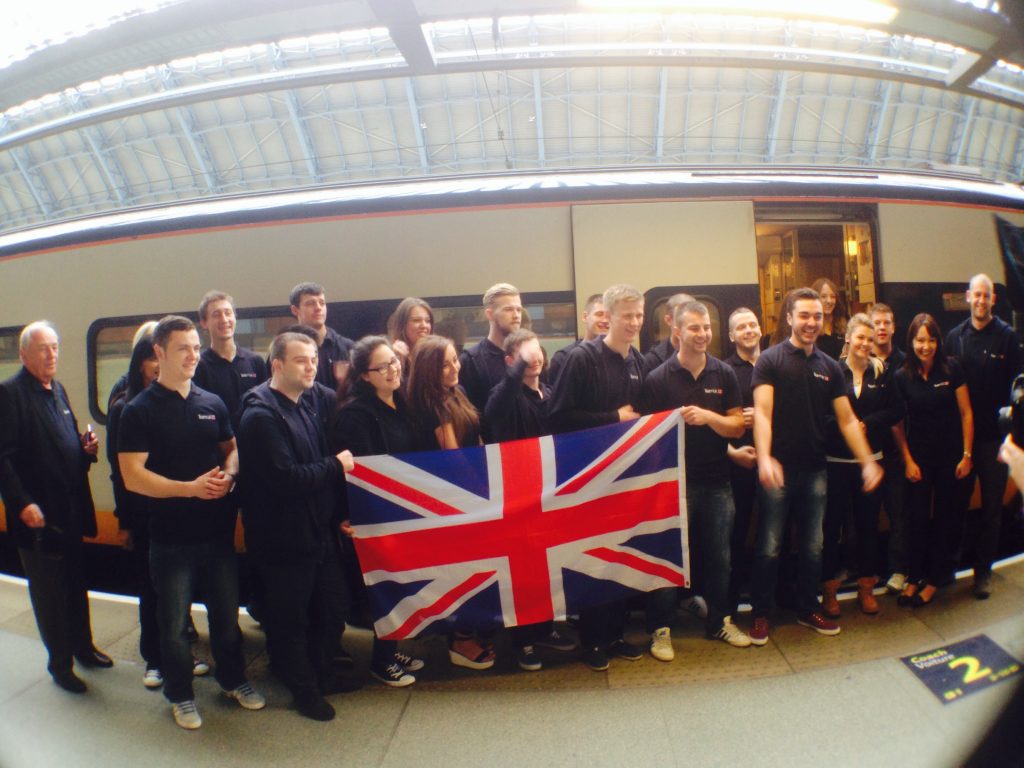 Yesterday morning, Team UK set out for EuroSkills in Lille.

The 19 young men and women will compete against fellow apprentices from across Europe, hoping to hone their skills, pick up medals and maybe, just maybe, earn themselves a spot on the team at the WorldSkills finals in Brazil next year.

So let me fill you in on one of education’s best kept secrets.

WorldSkills competitions started in the 1950s, and if they could have got away with it, they’d probably have called it the Skills Olympics, but you know, copyright and all that.

Like the Olympics, young people at WorldSkills compete against each other in range of disciplines, but instead of demonstrating sporting prowess, they show off their ability in a dizzying array of skills.

From confectionery to plumbing, joinery to computer programming, landscape gardening to beauty therapy – if you can train in it, there’s a good chance you can compete in it at WorldSkills, as long as you’re under 21 and within two years of completing your training (usually).

In the UK, there are annual competitions at regional and national level, with European championships (EuroSkills) and world championships (WorldSkills) taking place in alternate years.

Our young competitors were among the 100 hopefuls chosen to join the UK’s provisional Brazil ‘squad’ at a selection event in Northern Ireland in June. They are all receiving intensive training to bring them up to international standard and will be whittled down to the final team for Sao Paulo next year.

But EuroSkills isn’t technically a qualifying event for WorldSkills, and not every skill is represented here.

Instead, it’s used more as an extra training and development opportunity for WorldSkills hopefuls. Nevertheless, EuroSkills competitors will be hoping a good performance could catch the team selectors’ eye.

I have been lucky enough to accompany the competitors at the selection event in Belfast and to EuroSkills – and I’ll be keeping you up to date with all the action, both online and in FE Week between now and next summer’s finals.

The young people who boarded the Eurostar today could easily be mistaken for a regular, energetic bunch of teenagers and 20-year-olds, joking, laughing and taking selfies – albeit slightly more nervous.

But once they enter the competition centre and the timer starts, the level of focus and skill that these people are capable of could rival any Olympic athlete.

And we’re talking serious skill levels here – I’ve seen decorating competitors draw a freehand copy of design on a wall that is identical to the millimetre, cabinet makers produce pieces that now live in Number 10 Downing Street and hairdressers literally make someone’s hair stand on end – all under unimaginable pressure in a matter of strictly-timed hours.

Because these young people are incredible. They are dedicated, they are determined and they are talented. And they deserve recognition.

So spread the word.