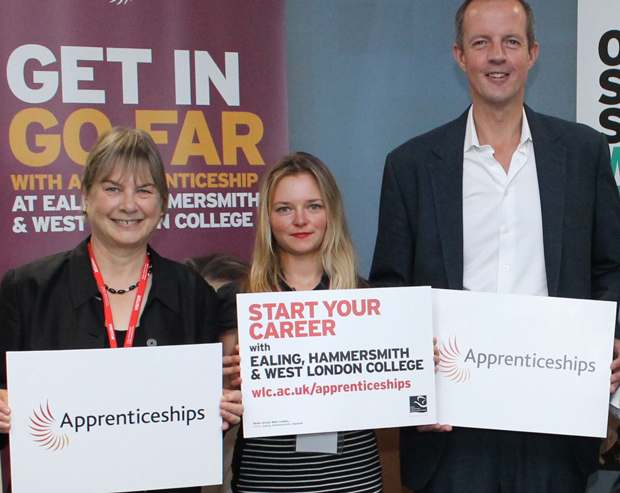 Skills Minister Nick Boles spoke to staff, students and employers at Ealing, Hammersmith and West London College about the importance of promoting apprenticeships to their local communities.

Mr Boles was full of praise for vocational training during a visit to the college with Ealing and Acton MP Conservative Angie Bray.

And he said it was important that providers made sure that everybody in their local area understood how apprenticeships, and not just academic qualifications, could transform young people’s lives.

Mr Boles, who replaced Matthew Hancock as Skills Minister in July, said: “There is no cap to where you can progress if you do an apprenticeship.”

Principal Garry Phillips said: “It was great to see the Skills Minister and Angie Bray talking directly and listening to our apprentices and employers.

“The college offers a number of excellent apprenticeships.

“We look forward to meeting with the minister again.”