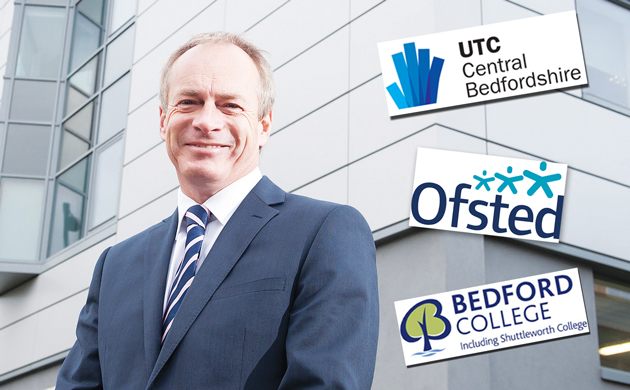 Ofsted inspectors have branded the improvement action plan of an inadequate-rated university technical college (UTC) as “not fit for purpose”.

Central Bedfordshire UTC was slapped with the grade four result in June with inspectors criticising the quality of leadership, governance, teaching and the curriculum. They also said learning was “not secure” because teachers “do not always check students’ understanding or how well they have developed skills in lessons”.

Following the initial Ofsted report, then-Education Secretary Michael Gove asked nearby Bedford College to step in as sponsor for the 150-learner UTC that specialises in engineering and design.

But now a monitoring visit — carried out before Bedford College had stepped in — has resulted in a findings that “the statement of action, which incorporates the college improvement plan, is not fit for purpose”.

The inspectors’ report on the revisit, which took place mid-July, also revealed how “due to too few applications, the college is not expecting to admit any students into year 10 in the academic year 2014/15”.

Nevertheless, the principal of Bedford College and newly-appointed UTC chair of governors Ian Pryce (pictured) told FE Week he was “confident the UTC has a very bright future.”

He added: “The Ofsted conclusion was expected given the visit took place only a few weeks after the original inspection report was published, and before Bedford College stepped in.”

Of the three other UTCs inspected so far, Black Country and Hackney UTCs got grade three results while the JCB Academy in Staffordshire received a good rating.

However, the issue of low enrolment figures has hit a number of UTCs, including the one in Hackney, which is to close after this academic year having failed to recruit enough students. However, he stopped short of the recommendation in June’s review for the Labour Party by Lord Adonis, called Mending the fractured economy: Smarter state, better jobs, in which the Labour peer outlined how he wanted 100 more UTCs by 2020.

Mr Hunt told Academies Week at the CBI Education Conference: “There should be considerable growth in UTCs but I won’t put a figure on it.”

However, the future of the Central Bedfordshire UTC could be in the balance following the poor monitoring report because the Department for Education said after the initial inspection that, “if Ofsted continues to judge the UTC to be inadequate, then we will not hesitate to take swift action, which could lead to terminating the UTC’s funding agreement.”

The monitoring visit report said: “The [improvement] plan lacks precise detail about what specific actions are to be taken and what the support is intended to be in order to raise standards in the college.

“There are also some missed opportunities to measure the success of the actions you plan to take, so that members of the governing body can check at regular intervals whether you are on track to achieve your targets.”

It warned that “a more rigorous improvement plan, which covers a longer timescale, should be in place and applied for the start of term in September 2014, once the new sponsorship of the college begins”.

Mr Pryce said: “Since Bedford College became sponsors of the UTC over the summer, we have appointed a new head, new senior team, strengthened the teaching team, revised the curriculum and invested in new facilities including the library.

“The Ofsted visit also took place before the summer exam results came out and these included excellent pass rates in engineering courses and improved A-level results.”

No one from the college was available to comment on whether a second UTC action plan had been produced, replacing the one criticised by Ofsted.