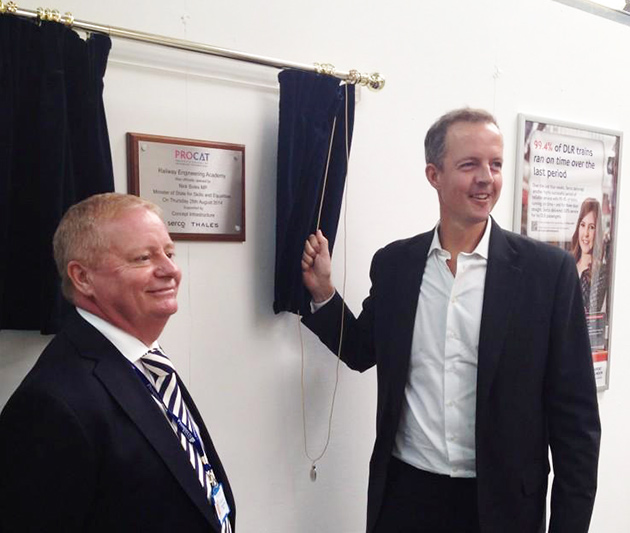 Skills Minister Nick Boles visited Essex to mark the “milestone” transformation of Prospects Learning Foundation in to the first new FE college in more than 20 years.

The move was first exclusively revealed by FE Week in July last year.

The former independent learning provider has now been renamed Prospects College of Advanced Technology (PROCAT) and Mr Hancock’s successor Nick Boles, who was appointed in July, spoke at the opening ceremony.

He said: “I am delighted that the first college visit I am making as Skills Minister is to PROCAT in order to mark this milestone opening.

“The launch of the first college in over twenty years demonstrates the increase in demand for technical education facilities by both learners and employers.

“The college is using state-of-the-art technology to give students the best education possible and enable them to become the next generation of engineers and skilled construction workers, which will in turn benefit the economy in the future.”

The new college will serve over 2,000 students and apprentices.

It first opened in 2007 and underwent an £11.5m expansion of its main Basildon training base four years ago, under the leadership of Neil Bates who is staying on as chief executive.

He said: “Working hand-in-hand with employers, we will train the next generation of technician engineers, aerospace engineers, project managers, building service engineers and skilled construction workers.

“We aspire to be world class and nothing less will do.”