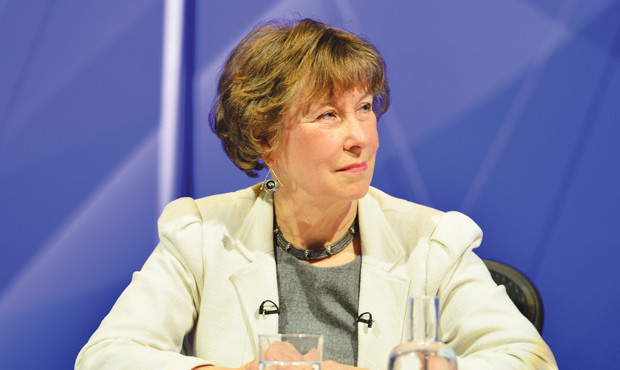 The Kings College London academic (pictured), whose government-commissioned review of vocational education for 14 to 19-year-olds was published in early 2011, branded the idea “confusing,” while Skills Minister Matthew Hancock labelled it “odd” and accused the Opposition leader of a lack of awareness of the FE sector.

Mr Miliband unveiled his plans in a speech at the Higher Ambitions vocational education summit, organied by the Sutton Trust, in London’s  Institution of Civil Engineers today. He said the technical degree would be for “the forgotten 50 per cent who do not currently go to university”.

He added: “For the first time, those who have excelled in vocational education and training will be able to progress further.”

However, Professor Wolf criticised the plan with Labour appearing to retain the aim of university education for all.

She said: “This is a surprisingly confusing speech. Apparently it is about the ‘forgotten 50 per cent’ who don’t currently go to university. But it seems to imply that the Labour Party is as convinced as it ever was that higher education is what everybody needs — and that an apprenticeship is only going to be worthwhile if it leads to this new thing called a technical degree.

“If you are giving a speech saying there is more than one route to success, then why immediately talk down apprenticeship by implying it needs a degree at the end of it to attract young people? It doesn’t, if you go by numbers. Apprenticeships are wildly over-subscribed — the shortfall is in supply not demand.

“And where, also, does this speech leave the foundation degrees which were one of the major initiatives of the last Labour government and launched by them in 2001 as part of a skills revolution? Foundation degrees sound and look a lot like these new technical degree to most of us.

“Foundation degrees were, and indeed are, ‘employment-related higher education qualifications which have been designed with employers to meet their requirements for skilled individuals able to apply specialist knowledge in the workplace.’ If they didn’t do the trick before, why will they this time?”

And Mr Hancock, ahead of his own speech at the same conference later in the day, initially took to Twitter to respond.

He tweeted: “I get impression from @Ed_Miliband’s speech he doesn’t know about HE in FE, Higher Apprenticeships, or our vocational education revolution.”

And later at the conference, he said: “They say that imitation is flattery and I suppose from what I saw of it the announcement made this morning was complimentary.

He added: “I think there’s a bit of a muddle as to whether this was part-time alongside work — that is to say an apprenticeship — or whether it is full time.”

But when asked the difference between the proposed technical degree and existing higher apprenticeships, Mr Miliband said: “There is a very, very limited number of, I think they’re called, degree-level apprenticeships available at the moment in some places but they vary in their nature — in terms of are they foundation degrees or are they equivalent to BAs degrees?

“What we’re saying is we need a new and clear class of degree to an equivalent BA standard which we mobilise business and universities behind.”

“Past history shows that universities have moved away from this type of industry-specific provision, which allows flexibility for students to study, in favour of a traditional academic residential model,” he said.

“FE colleges have been increasingly taking up this mantle, drawing upon staff who are dual professionals, being experts in both teaching and their professional trade and who make use of industry standard facilities.

“There is, therefore, a key role for colleges in the construction and delivery of technical degrees if this initiative is to be brought to fruition effectively.”

The Association of School and College Leaders general secretary Brian Lightman said: “High-status, high-level vocational qualifications have been something of a holy grail in the UK.

“We do need clear pathways for both academic and vocational routes that are equally accepted by employers and offer good job prospects.

“Having progression routes for vocational careers that start at GCSE level and go up to a degree equivalent is key.

“For these proposals to work, employers, universities, and school and college leaders will need to be involved in their development to make sure they are fit for purpose.

“We shouldn’t forget that not all young people mature and progress at the same rate, and there need to be routes for late developers as well. All students should have the opportunity to follow abroad and balanced curriculum until they are ready to choose a particular direction.”