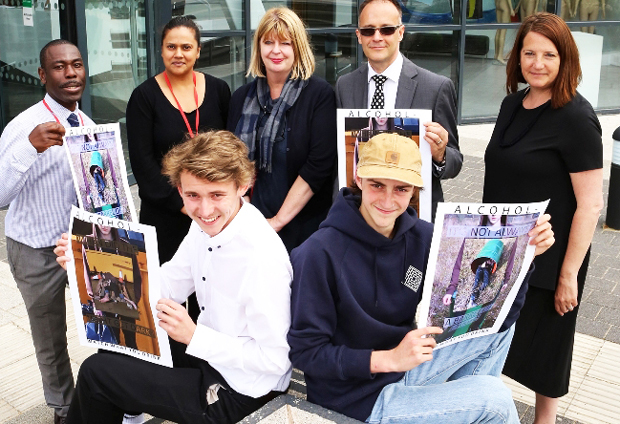 Students hope their posters will help call time on alcohol abuse among young people in the Birmingham area.

A group of 39 level three art and design learners from Birmingham Metropolitan College were challenged to create posters for a campaign called “Calling Time”.

It was launched by the Centre for Equality & Diversity, the Office of Public Health and Dudley Council in response to local research that identified problems with alcohol abuse among young people in the area. The posters are set to be displayed on billboards around the Birmingham area.

Art and design lecturer Jo Raynor said: “The students explored a range of scenarios, some using humour to convey the messages and others creating more hard-hitting visuals.”

Student Cameron Wilson said: “I’m really interested in becoming a graphic designer, so it was useful to have a real project to work on.”