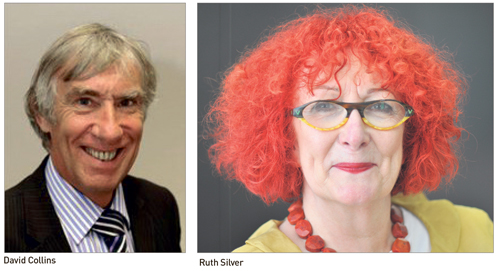 Dr Collins was appointed last year to investigate colleges issued with notices of financial concern, inadequate Ofsted ratings or which failed to meet standards set by the government.

But summaries of Dr Collins’s findings at eight of the 10 colleges visited so far have only just been published by the Department for Business, Innovation and Skills (BIS).

Most of the summaries focus on financial concerns and issues around quality of teaching, but in documents about Lesoco, in South London, and City of Liverpool College, Dr Collins called for a change in management style.

In the Liverpool summary, Dr Collins said: “The ‘command and control’ model adopted by the present senior management team has brought about many positive changes but there has been a cost. Good staff members have felt under threat and a number whose skills would have benefitted the college as it moves forward have left. A change of style will be needed if the college wishes to achieve its full potential.”

And on Lesoco, he said: “Attention also needs to be paid to reducing the unusually high levels of discontent evidenced by significant numbers of staff and middle managers. A change of style will be needed if the college wishes to achieve its full potential and avoid the risk of staff dissatisfaction impacting on learner success.”

Both visits were triggered by Ofsted grade four results, but leadership and management at Lesoco was given a grade three result while leadership at the Liverpool college recently improved to grade three.

Nevertheless, his focus on leadership was defended by Further Education Trust for Leadership (FETL) president and former Lewisham College principal Dame Ruth Silver. She said: “The commissioner is right to shine a spotlight on leadership style because the lives of others depend on it.

“His role is two-fold, firstly, to show to the individual institution the flaws that are damaging it and others and secondly to pass on to the sector as a whole , the findings from the investigations in order to avoid further decay in standards.

“However, how it is done needs to take account of impact and intention to improve matters.”

A spokesperson at City of Liverpool College said: “The commissioner gave us credit for the positive steps we are taking here, commenting particularly on us having the right leadership team in place.”

Nobody from Lesoco was available for comment. However, new principal Ioan Morgan said this month: “We must ensure that leadership at all levels in the college focuses on high-quality teaching and learning. This is our core business.”

Publication of the commissioner’s reports was welcomed by 157 Group chief executive Dr Lynne Sedgmore, who said other colleges could learn “valuable lessons”.

She said: “It is important to recognise the incredibly tough demands and financial stringencies currently being placed on leaders, teachers and support staff.

“Most are doing valiant work to ensure the highest standards for our learners and the majority of colleges are doing incredibly well under the circumstances.

“Having said that we will always learn from and support as best we can colleges that do run into difficulties.”