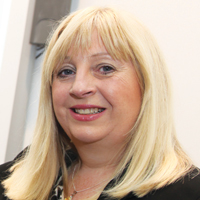 A formerly outstanding college that in just four years plummeted to inadequate across the board has started moving in the right direction with an improved Ofsted rating.

The 17,000-learner City of Liverpool College was hit with grade four (inadequate) ratings across each headline field in a shock Ofsted result in February last year.

Among the education watchdog’s finding were that the college, formerly Liverpool Community College, had too many students turning up late for lessons — if at all — and leave without achieving their qualifications.
But it was re-inspected just over a month ago and the resulting report issued grade three (requires improvement) ratings across the headline fields — along with four good (grade two) judgments.

“Teaching, learning and assessment are much improved since the last inspection,” it said in the Ofsted report.

It added that attendance and punctuality had also “improved significantly”.

Principal Elaine Bowker (pictured) said: “The report reflects much of the progress we are making as a college, but we aren’t complacent.

“The move to a grade three is a sign that we are making good progress and with several of our schools marked as a grade two or close to grade one [outstanding], it’s a clear sign that the changes we’ve made are now having an impact.”

It was an improvement that by no means appeared certain with an Ofsted monitoring visit in October finding that the college was struggling to improve A-level success rates, although inspectors did see reasonable progress in vocational course success rates.

There was also reasonable progress in every other element of monitoring, including self-assessment and improvement planning.

But a visit from FE Commissioner Dr David Collins followed and he too had criticism.

A spokesperson for the Department for Business, Innovation and Skills told FE Week: “The FE Commissioner’s assessment report identified weaknesses in the governance of the college. The report makes a number of recommendations that will, once implemented, address these weaknesses and help steer the college in the right direction.”

However, the latest inspection report details improvement across all teaching areas at the college but certain schools, including catering, hair and beauty and engineering, are highlighted as performing particularly well.
“It’s difficult to pinpoint any one piece of work or initiative which has had the greatest impact on the improvements noted as part of this latest Ofsted inspection,” said a college spokesperson.

“Credit must be given to the efforts of our staff and students but a combination of many different activities underpinned by a strong strategy will also be playing a part. There are a lot of positive things happening at the college at the moment and we are pleased this has been recognised.”