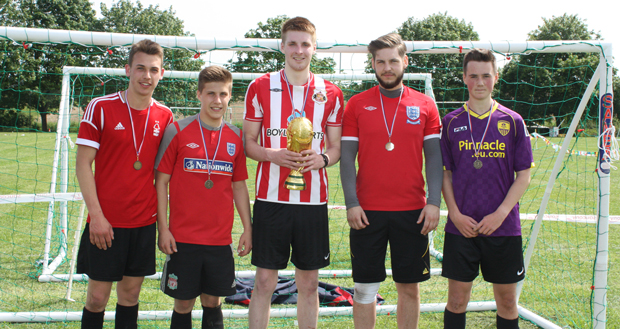 Taking part in the competition were 24 five-a-side teams made up of more than 160 students and staff from the college. Each team, named after one of the qualifying nations for the real World Cup, competed in a series of eight-minute group games, with the group winners and runners-up progressing to the knock-out phase.

The event on June 6 also featured a World Cup-themed carnival, in tribute to the international tournament which starts in Brazil on June 12.
Sport tutor Rob Shaw said: “The tournament created a real buzz and excitement among students and staff and it was great to see all the hard work and planning come to fruition.”