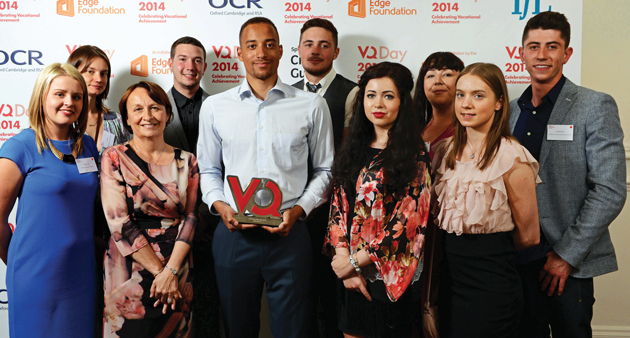 Day Awards celebrate the learners, employers and teachers who demonstrate the success of vocational learning.

Katy, a former police officer who has encouraged disadvantaged students to apply for higher level programmes, said: “I’m absolutely over the moon — I love what I do.”

VQ Day employer of the year was claimed by electrical contractors Clarkson Evans. HR and training director Lindsey Young said: “We train young people because it’s the right thing to do — it works for them, it works for us and it works for the economy.”