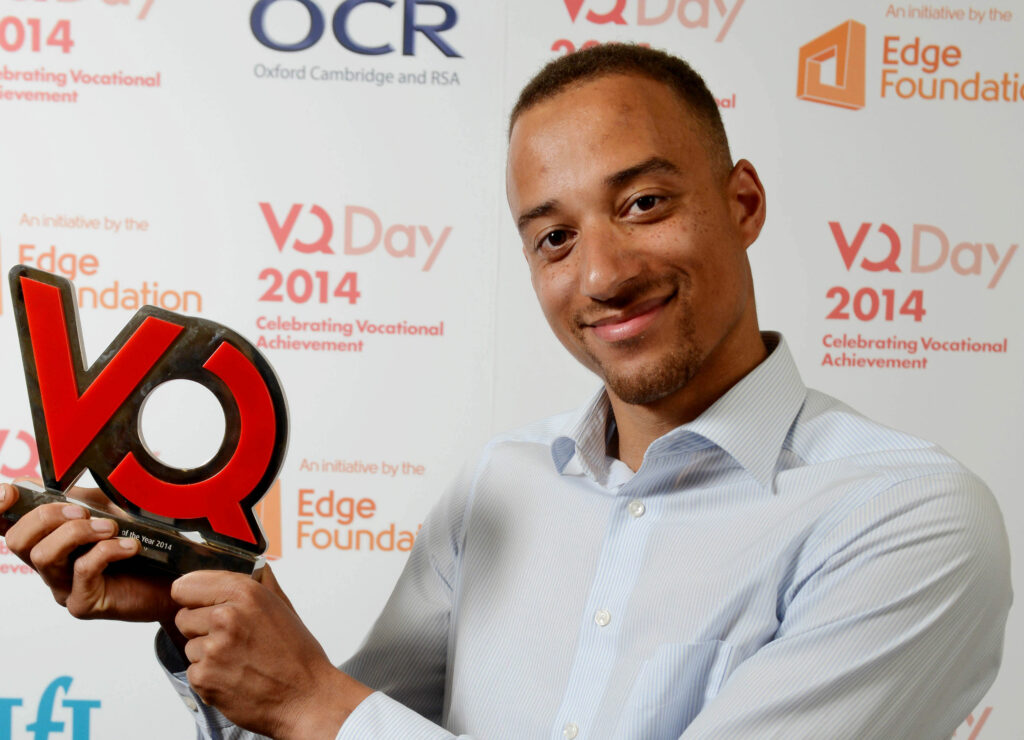 Owen, who is currently working on a second series of Peaky Blinders, starring Tom Hardy and Cillian Murphy, received the award from Edge chief executive Jan Hodges at a ceremony in London on Tuesday (June 3).

He said: “I’m so pleased, but I was really surprised to win. I was reading everyone else’s profiles and thinking they had done so well.”

Awards were also given out on the night for the newly qualified teacher of the year, which went to Bishop Auckland College sport, fitness and uniformed public services curriculum manager Katy Graham, and employer of the year, won by electrical contractor Clarkson Evans.