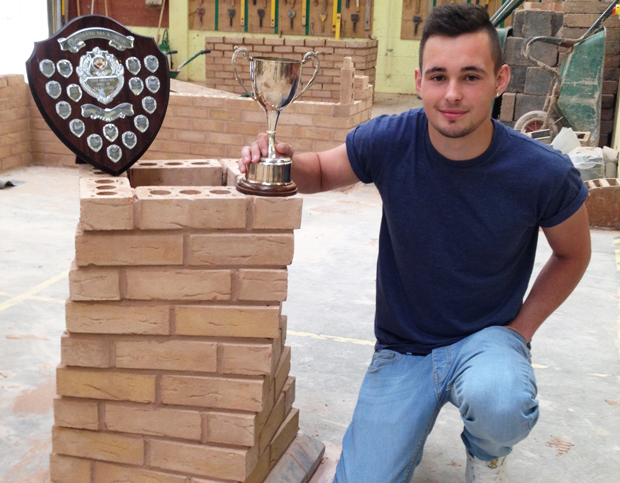 Level two brickwork student Max Thompson, aged 18, who is an apprentice at NH Construction in Rugby, and won the event after five hours of brickwork tests, judged by industry professionals.

He said: “There were around 20 competitors, so I was really shocked when I found out I had won, but obviously it felt great. Everyone’s really proud of me, and my employer has even hinted I might get a pay rise. I would really like to return and compete in the senior competition next year.”

Construction technical academy manager Mick Clarke said: “This is a fantastic achievement for Max. Working under pressure in the competition environment can be really tough, but Max obviously coped extremely well.”

Picture caption: Max Thompson with his trophies standing on his brickwork creation