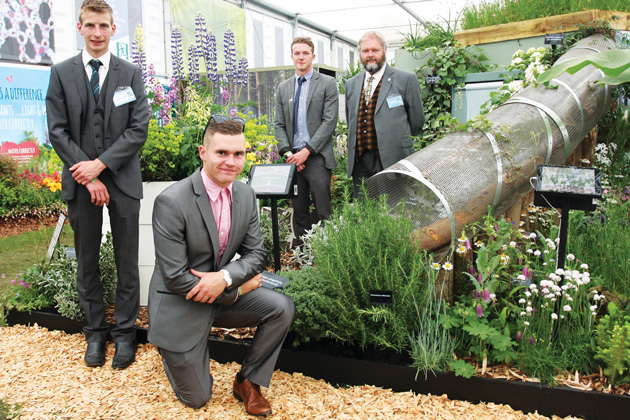 The team of 21 extended diploma horticulture learners designed and built the garden, which portrays the lifecycle of a paper cup.

Student Jack Shilley, 18, said: “We are all on cloud nine… this year’s show will go down as one of the best weeks of my and many of my mates’ lives.” From left: Lance Russell, Dan Handley, and Jack Shilley, with Alan Titchmarsh after winning a gold medal at the Chelsea Flower Show.

Lecturer and team leader Chris Bird said: “The team have worked very hard over the last nine months and for their huge efforts to result in a gold medal is absolutely tremendous. How better for these students to start their horticulture careers than as proud Chelsea medal winners?”