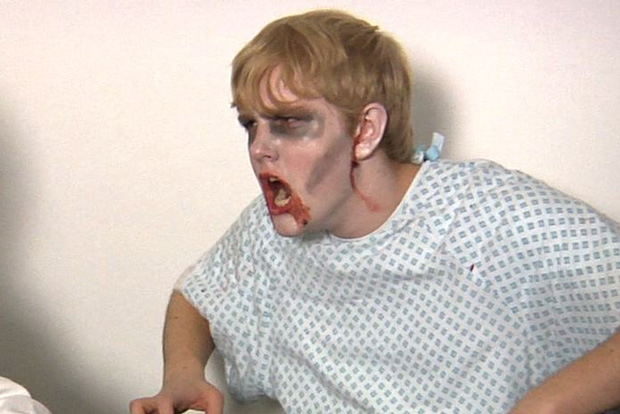 The group of 12 level three creative media production students created a video, which is now used as a training tool by Doncaster and Bassetlaw Hospitals NHS Foundation Trust, featuring zombies infected with bad blood taking over a hospital ward.

The students starred in the short film and wrote lyrics for “You Give Blood a Bad Name” — a humerous song they recorded for the backing track in the style of Bon Jovi hit You Give Love a Bad Name.

Media lecturer Darren Dutton said: “The finished video is excellent and conveys a serious message in a fun and unusual way.”

From left: Student Lee Forshaw, aged 20, made up like a zombie