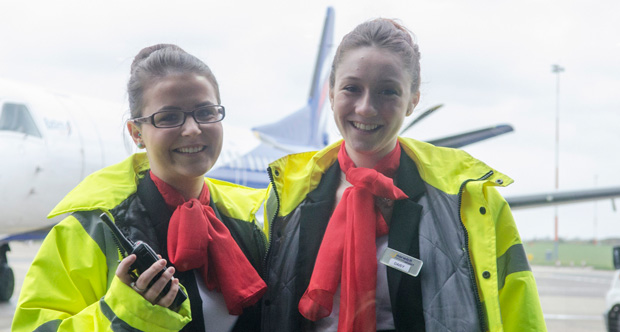 The career prospects of 12 level three travel and tourism students from City College Norwich took off after they spent three days working at an airport.

The work experience at Norwich International Airport included helping with check-ins and boarding on the customer service and information desks.

They also worked for the airport’s travel agency, Travel Norwich Airport, within the airport terminal building and at a branch in Norwich town centre.

Half of them have since been offered summer jobs at the airport.

Brogan West, aged 17, a student who worked at the airport, said: “Everything was easy to pick up and the training we had from the airport staff was really good.”

Another 74 level one, two and three hospitality and catering students worked at the nearby four-star Holiday Inn Norwich North hotel.