A Skills Funding Agency (SFA) investigation has ruled that defunct training provider Elmfield did not receive funding it was not entitled to for Morrisons apprenticeships.

It was alleged Elmfield signed Morrisons staff up to apprenticeship programmes they had declined, enabling the provider to claim public funding for training.

A separate probe was launched around six months ago by the SFA and its findings are finally set to be published tomorrow morning.

However, FE Week has already seen a copy of the two page report.

It concluded: “Some of the actions taken by Elmfield indicate weaknesses in their controls and were not good practice.

“However, the actions did not result in Elmfield receiving any funding to which they were not entitled.”

The SFA looked into allegations that Elmfield had placed thousands of learners on apprenticeships knowing they did not want to be on them.

It also checked out claims that paperwork relating to apprenticeships were destroyed and start dates backdated.

The report noted that in January 2011 around 4,500 learners were placed on apprenticeship programmes by Elmfield “without a clear agreement from the learners that this was what they wanted to do”.

But it said: “Elmfield worked with all learners over a period of several months and by the end of May 2011 had identified learners who definitely did not want to do the apprenticeship.

“As a result, Elmfield made an adjustment to the data they submitted to the agency which then resulted in a reduction in funding.”

The report also stated that in November 2011 a group of 1,700 learners were placed on apprenticeships without “clear agreement”.

The report stated: “The action was taken without the knowledge of Morrisons or the National Apprenticeship Service (NAS) at the time, although it was supplied retrospectively by NAS and administered by the agency.

“Elmfield worked with these learners over the period to March 2012 and then made adjustments to the data to reflect the learners’ preferences.

“The agency’s audit of 2011/12 provision confirmed that Elmfield did not receive any funding for key skills qualifications for learners who did not wish to undertake this element of an apprenticeship.”

Another accusation was that Elmfield staff used codes to hide the fact that learners did not want to do apprenticeships.

The report confirmed codes were used on paperwork from January to May 2011.

But it added: “The codes were used to describe the stage that a learner was at within a well-documented process rather than being a deliberate attempt to hide their preferences. There is no evidence that learners’ preferences were not followed.”

The report also confirmed that paperwork was changed when learners changed their mind about whether they wanted to do an apprenticeship.

But it said: “Changing paperwork with the agreement of the learner to properly reflect the learning being undertaken is allowed within the agency’s rules.

“There is no evidence that paperwork was changed without the agreement of the learner.”

It was also confirmed that Elmfield staff removed paperwork relating to its apprenticeships from Morrisons stores in August 2013, after its contract with the supermarket chain was terminated.

But the report said while paperwork was “either archived or destroyed”, there was no evidence “paperwork required by the agency to support Elmfield’s funding claims was destroyed”.

In response to accusations that start dates were backdated, it added:  “Elmfield took the action to record start dates in June [2010] to align with Morrisons planned roll-out of apprenticeships across their stores.

“Over 90 per cent of the affected learners completed and achieved their apprenticeship.

“The start dates should have been more accurately recorded but there was no impact on the funding that Elmfield received.”

Elmfield went into administration in November last year owing £11m. It was in debt to more than 180 firms.

Adrian Bailey, chair of the Business, Innovation and Skills select committee, called for the findings to be made public after FE Week revealed the SFA investigation had been concluded three weeks ago.

After being shown the report ahead of a committee meeting with Skills Minister Matthew Hancock this morning (Tuesday), he said: “I will have to discuss the findings with my colleagues before deciding how to go forward.”

A spokesperson for Morrisons said: “We don’t have any comment this late in the evening other than to say that we’ll look more closely at the report tomorrow and we are now using a different provider.” 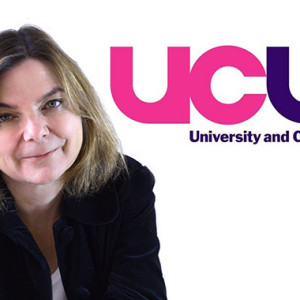