Karleen Dowden outlines her attempt to persuade school leaders, at the Association of School and College Leaders’ two-day annual conference in Birmingham this month, why higher apprenticeships should figure highly in their careers guidance.

With more than 1 million young people not in education, employment or training (Neet) and 51 per cent of businesses claiming they are not confident they will find sufficient recruits, we have significant skills mismatch between the skills of young people and those required by the UK economy.

Between 2001 and 2011 the proportion of young adults Neet, educated at degree standard increased by 53 per cent (from 29 per cent to 39 per cent), with 47 per cent of recent graduates working in jobs that do not require a degree.

The UK Commission for Employment and Skills’ Employer Skills Survey reported that 46 per cent of ‘hard-to-fill’ vacancies were caused by the low number of applicants with the right skills.

It could be argued that many of the degrees young people choose to study do not provide them with the right qualifications or skills required by UK employers, yet despite this the proportion of 18-year-olds applying to university has reached its highest ever level.

At the Association of School and College Leaders’ (ASCL) annual conference I discussed the benefits of higher apprenticeships to a number of school leaders.

Although they were a little bit of a mystery to many of them, by the end of the session most were sold on the idea that they could be a viable alternative to higher education.

New frameworks are continuing to emerge, with just this month the introduction of higher apprenticeships in space engineering and nursing.

Despite this there remains a significant shortage of higher apprenticeships — making the competition to secure one, fierce.

Aside from short supply there are a number of other challenges preventing higher apprenticeships becoming the norm, equal to higher education.

These include poor perception and reputation, lack of information, advice and guidance surrounding higher apprenticeships and parental pressure.

The latter has been identified by many school leaders as a significant challenge, in particular in relation to students whose parents and grandparents attended higher education.

Steve McArdle, assistant headteacher at Durham Johnston School, explained that they have had to “rebadge higher apprenticeships” in order for young people to distinguish the difference between them and intermediate and advanced apprenticeships, in order to generate initial interest and to encourage young people to consider them as a credible post-18 option.

Many firms such as PriceWaterhouseCoopers (PwC) have already begun opening up alternative routes for non-graduates through higher apprenticeships.

Speaking at the ASCL Annual Conference, PwC partner Sara Caplan talked about their higher apprenticeships in assurance, tax and consultancy and how, after completing a higher apprenticeship, PwC apprentices join the graduate programme, often a year earlier than if they had come through the traditional higher education route.

The future popularity and take-up of higher apprenticeships will largely depend on the information, advice and guidance that young people receive through schools and other influences such as parents and peers, all of which play a role in promoting them as a genuine alternative to higher education.

In many schools, the UCas process begins early in year 12 with a large amount of support and guidance given to students applying to higher education.

In an ideal world, similar practice would take place in relation to higher apprenticeships whereby the cycle for employers recruiting higher apprentices would mirror the timescales for applying to higher education, with young people applying through both systems and then making a final choice on their preferred progression route by the May of year 13. 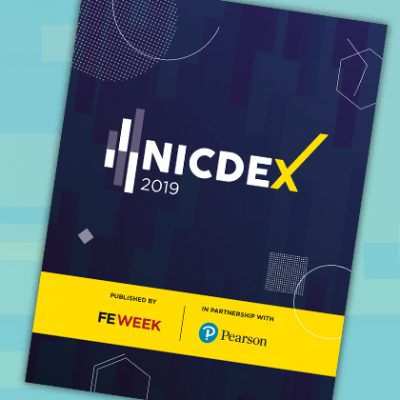