The world of publicly-financed FE is a diminishing one. Andy Gannon makes the case for defending the sector from further government cuts with a new, morality-based dialogue.

So, perhaps unsurprisingly, the adult skills budget faces a cut of around 15 per cent.

It goes without saying that this is regrettable — we all know that adult skills is a key area of work for FE, and of vital importance if we are to get more people in work and productive in their lives.

In an excellent article in the New Statesman recently, John Elledge bemoaned the lack of public outcry at this decision, but this is not news to those of us working in the sector.

Perhaps more cuttingly, he criticised sector leaders for not shouting more loudly, adopting, as many have done, the ‘it could have been worse’ line.

What such criticism fails to acknowledge is that we face a stark choice as a result of this and other recent funding decisions about the kind of sector we want to be part of in the future.

It is true that, in the past, we have perhaps tugged our forelocks a little too quickly and bemoaned being done unto, but I wonder if our current situation signals a desire that we can be at the forefront of new developments.

There have been plenty of voices recently urging the sector to be less reliant on public finance. From Vince Cable to David Russell, the message is becoming ever clearer — don’t dwell on where your money came from in the past, just go out and find some new money.

Whether it be from muscling in on apprenticeship trailblazers, embracing employer ownership pilots or actively supporting new types of school, FE leaders with a bit of nous are already ahead of the game.

Whatever your personal view of its rights and wrongs, the era of ‘survival of the fittest’ both financially and in terms of quality is clearly upon us.

And I am sure that the entrepreneurial spirit of many FE leaders will ensure that a great many are not only very fit, but also survive into longevity.

There is, however, another side to all this. A criticism that, some would say, could more fairly be levelled at FE sector leaders is that they are obsessed with the detail of policy change.

It seems to me that FE talks rather more often about what we do than about why we do it — and therein lies a big difference.

I know that we have teachers and leaders who care passionately about why they go to work every day, but that part of our voice is not very loud.

I am, as yet, unsure whether that leads to, or results from, the apparent belief of policymakers that the way to improve things in FE is to constantly tinker with minutiae, rather than revisit the very purpose of the whole enterprise. Either way, it’s not healthy.

So, where adult funding is concerned, let us quietly get on with the business of making our institutions survive financially — yes. But let us also engage in some loud discussion about moral principles.

It is surely wrong for adults to have to pay for a basic level of education — let’s say up to level two — when the main reason for their not having it is failings in the school system. There is a case we can argue with conviction, not because it protects FE, but because it is morally right.

It would, at least, give us a starting point for an adult discussion that we, with justification, should be leading rather than falling victim to. 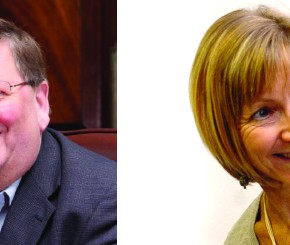