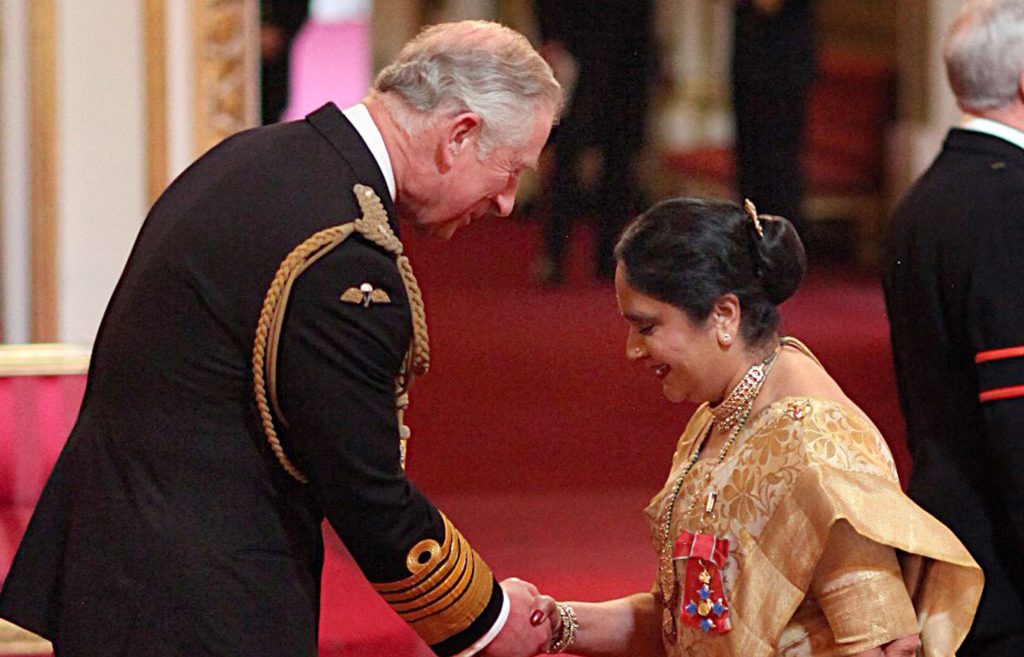 The principal of West Nottinghamshire College has spoken of her pride at receiving a Damehood from Prince Charles.

Asha Khemka, who was appointed a Dame Commander of the Order of the British Empire (DBE) in the New Year Honours List, was presented with the honour by the prince at Buckingham Palace.

She is the first Indian-born woman for 83 years to be awarded the DBE, which was in recognition of her services to education.

It came five years after she was awarded the OBE (Order of the British Empire) by the Queen at Buckingham Palace.

Dame Khemka said: “I am rarely lost for words, yet I am finding it difficult to express how proud and honoured I feel. This is such huge recognition that I feel I now have a new responsibility on my shoulders — a responsibility to use this title to make an even greater impact on the FE sector and to the communities of Mansfield and Ashfield.”