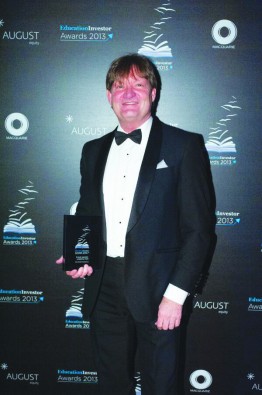 The FE Commissioner’s findings of his inspection of the under-fire Barnfield Federation have been published, giving another damning verdict on its leadership and governance.

Commissioner David Collins called for at least half the governors to be replaced and for “significant changes” to the federation’s leadership, following his visit in January.

His findings were made public in a letter from Skills Minister Matthew Hancock and Schools Minister Lord Nash to the Barnfield governors’ chair.

A Department for Business, Innovation and Skills spokesperson said the letter containing the commissioner’s findings had been published “due to the unique nature” of the investigation.

However, as well as being scrutinised by Mr Collins, the college has been under investigation by the Skills Funding Agency (SFA) and the Education Funding Agency (EFA), whose reports were passed onto police. Both were critical of those at the top of the college, and were passed onto Hertfordshire Police, but the force said it wouldn’t pursue a case.

A Barnfield Federation spokesperson told FE Week it had been, “working for some months to address the issues raised by the agency investigation, and are putting in place a set of actions which address those issues”.

Former director general of the corporation Sir Peter Birkett (pictured), who left the federation in June, said: “The reports identified human errors often found in large complex and dynamic organisations such as Barnfield — many of the key findings were known about and planned for.

“Although the reports identified some surprises it also confirmed that the college is financially healthy with £21.5m reserves.”

The EFA and SFA reports were published late last month and revealed that Sir Peter received a number of bonuses not specified in his contract when he left — including being allowed to keep a £30,000 Audi, paid for by the college— which the reports said were “not proper use of college funds”.

And the commissioner found that “the governing body has not provided sufficient oversight of the corporation and the federation as its sponsor, nor has it provided adequate scrutiny and challenge of the executive team.”