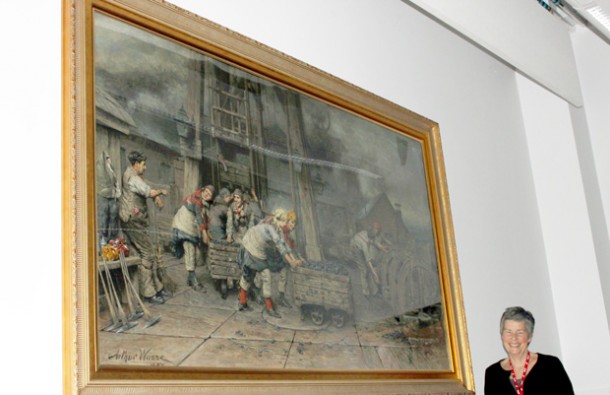 A famous painting harking back to Wigan and Leigh College’s historic links with the local mining community has been restored.
Arthur Wasse was commissioned by the college to paint Pit Brow Lasses in around 1887.
The institution was called the Wigan and District Mining and Technical College at the time and the painting showed young women working at nearby Mesnes Pit, which is now closed.
The painting gained international recognition after being exhibited in Paris and Chicago in the 1920s and 1930s and appeared on the Antiques Roadshow in 2004 when it was valued at £50,000. It has now been restored and prominently displayed in the college’s new £5.4m professional studies building.
Gillian Sinnott, the college’s executive director of environmental services, said: “We decided to move the painting to our new professional studies building as we thought it was fitting to have a piece of college history situated in this symbol of our future. Pit brow lasses were an important part of the community of Wigan, and it is important that our students are aware of the role they played in its industrial past.”