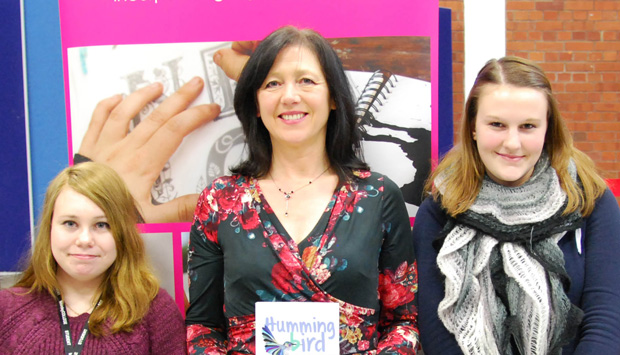 Students from Bromley College of Further and Higher Education heard a talk from an author who lost her father, aunt and two brothers to Huntington’s disease.
Deborah Goodman wrote the book Hummingbird about her experiences since childhood of Huntington’s.
She described to social cae students how her father, aunt and two brothers were diagnosed and eventually died from the disease — which is a hereditary and degenerative disorder for which there is no known cure.
The lecture finished with a question session about dying with dignity and Lord Falconer’s Assisted Dying Bill, which advocates relaxing the law on assisted suicide.
Deborah said: “This was a great opportunity for the students to get a personal account of how the hereditary disease can devastate families.”
Psychology lecturer Stephen Elworthy said: “Deborah talked with great honesty about her personal experiences of Huntington’s disease and assisted dying, both very emotive subjects. Our students were touched by her openness and inspired by her story.”