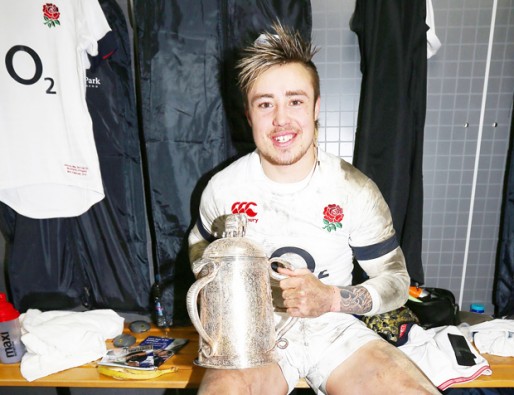 Former Truro and Penwith College student Jack Nowell passed the international rugby union test by helping England beat Scotland to win the Calcutta Cup.
The 20-year-old made his Six Nations debut in the heart-breaking 26-24 defeat to France at the Stade de France two weeks ago.
He was then chosen to play against Scotland at Murrayfield on Saturday, in a match England won 20-0 where he set up England’s second try scored by Mike Brown to put the game out of reach.
Jack was a regular member of the college rugby academy’s first team from September 2009 to June 2011, while studying for a BTec in sport performance and excellence.
Julie Penprase, the academy’s co-ordinator, said: “Jack is an inspirational role model for current students and those wishing to pursue a career in rugby. He has shown that Cornish talent can be recognised and that has had a huge impact on the determination of current rugby players looking to emulate his success.”