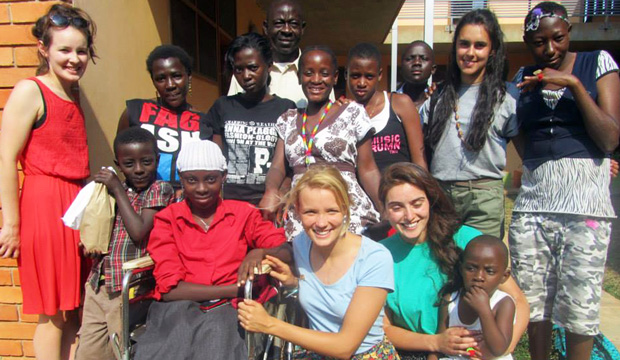 Catherine Merriman and Hannah Rodrigues, both 18, who are both currently studying maths, biology and chemistry A-levels at the Wigan-based sixth form college, organised the trip themselves.

They were also joined by Catherine’s sister, Hannah, 23, who used to attend the same college.

Hannah said: “Shadowing nurses and witnessing the administration of morphine for those with HIV, Aids and terminal cancers had a profound impact on me.”

Catherine said: “It was extremely challenging and I quickly became aware of the influence of poverty and culture on the accessibility and delivery of health care.

“It was also a great opportunity to practice my French while interacting with Congolese patients at a local hospital.”

Cap: Catherine Merriman (back left) and Hannah Rodrigues (back row, second from right) at the day care centre with Catherine’s sister Hannah (centre front), another young volunteer from England and children suffering from cancer, HIV/Aids and other illnesses