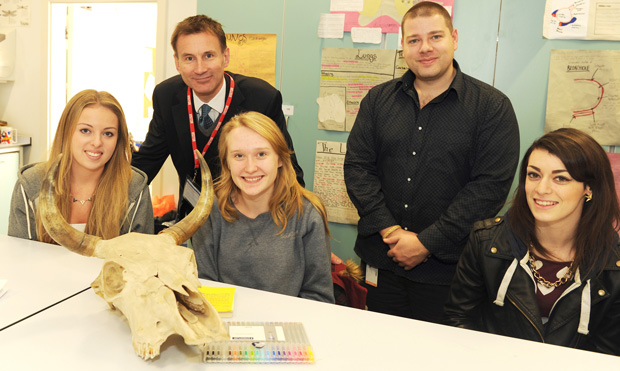 NHS boss Jeremy Hunt gave Farnham Sixth Form College a clean bill of health after being shown around the site.

Mr Hunt was full of praise for the college after being shown around its new music technology studio, which cost £125,000 to build and opened in October
last year. He was also shown around the biology and chemistry labs.

Mr Hunt said: “Speaking to Mike Potter about his aspirations, it is clear that at the heart of his vision lies his determination for every student to reach their potential.”