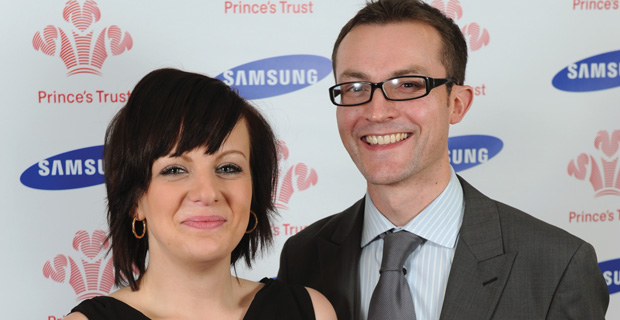 Tia Riddle spent her teenage years in care and hit rock bottom when she almost died from a drugs overdose. But she has turned her life around with the help of a local college, writes Paul Offord.

n award-winning student who was expelled from five schools before her sixteenth birthday said college had “saved” her life.

Tia Riddle, aged 20, capped off a whirlwind 11 months in FE by triumphing in the Prince’s Trust London and the South East Celebrate Success Awards.

She was given the Breakthrough Award for her impressive work on the Team programme, a 12-week course run by the trust at City College Brighton and Hove, which aims to boost the skills and confidence of unemployed young people.

The glamorous surroundings at Arsenal Football Club’s Emirates Stadium, where the ceremony was held, emphasised how far Tia had come in such a short space of time.

She endured a traumatic childhood which saw her placed into care when she was 12 years old.

She lived with a string of foster families and was expelled from five schools, before leaving education without any GCSEs at the age of 15.

Her life descended into a cycle of unemployment, depression and drug abuse and she hit rock-bottom when she overdosed a year ago on a potentially toxic combination of drugs, including cocaine.

Salvation came when she moved from Northampton to Brighton and started at City College in January.

Tia said: “Approaching the college basically saved my life. I stopped using cocaine and other drugs and they advised me to start on the Team programme.

“It was the first time I had been in a classroom for five years. That was a bit of a shock at first, but mixing with other students helped rebuild my confidence.”

Tracy Hill, Team programme manager at the college, said: “Tia became one of the strongest and most responsible members in the group. Her patience, positivity, self-confidence and time-keeping improved dramatically.

“She is a lovely young lady who has come a very long way and is still looking to better herself. We are very proud of her.”

The course allowed Tia to improve her CV through work experience at an old people’s home and community work repainting a boxing gym.

She has now started a traineeship at the college, which involves her working on reception at the college’s front desk and in its beauty salon.

She is also studying GCSE maths and English one day a week as part of the course.

Tia said: “I had a difficult start in life but I finally came to the realisation that I wanted and needed an education, a routine, stability and confidence.

“I used to struggle with learning. You have to sit with me and explain things and I didn’t get that in a class of 30 people. When I didn’t understand,
I would misbehave.”

She added: “College has been very different from school, where the teachers didn’t try to understand why I was acting the way I was.

“They can see the challenges you are facing here and try to help.

“I always found that the only job I could get without any qualifications was as a cleaner and I didn’t want to do that all my life.

“Going back to college has given me a chance to change things for the better.”

Main photo: Tia Riddle at the ceremony with Steve Reay from HSBC, which sponsored her award