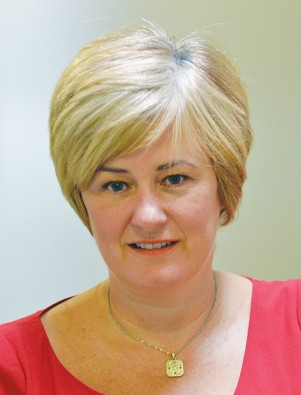 Former nurse and midwife Penny Petch had a dramatic start to her full-time teaching career.

In the late nineties, Petch left midwifery to look after her three young children, and volunteered to help with an evening adult literacy class at North Herts College, to “get out of the house”.

Many of the students had troubled backgrounds and had “slipped out of the system”.

“Everybody’s story was different,” she says, but one student in particular became the catalyst for bringing her into the sector full-time.

“There was one student who had a drug problem and that had carried on through school, carried on into her young adult life, and she had turned up for a class and she’d tried to commit suicide, she’d actually slit her wrists.

“She’d turned up to the classroom, it had stopped bleeding but it was still gaping — this is a seven o’clock evening class — so I took her down to reception and we called the ambulance.

“The duty manager at the college that evening was the manager for health and social care, so he came along and said to me ‘you’re handling this very well, you’re very calm, have you had training?’

Two days later Petch received a call asking her to come and teach on the health and social care course and, she says, “it snowballed from there”.

She started teaching full-time in the February, started her PGCE eight months later and was head of department by the following January.

“I was in the right place at the right time, and had the right background — it just worked,” she says.

Her background as a nurse might also have played a part, she thinks.

“I’ve always been told that I’ve got good people skills, and that I’m good at managing conflicting priorities and demands, so somehow I manage to judge it all,” says Petch.

“And management within education is often being able to manage those conflicting pressures that you get from so many different parts of the college.”

In her time, Petch has worked with nearly every age group, from newborn babies as a midwife to older people as a nurse, as well as teenage and adult learners during her FE career.

“I like people,” says the 45-year-old, who reckons she’s delivered around 100 babies, including her own nephew.

“I used to really enjoy working with care of the elderly because they had fascinating stories, talking to the elderly about their experiences and their lives.

“I found that part really fascinating. The elderly are quite invisible in our lives now really, I miss that aspect and I do miss that buzz of delivering a newborn baby.”

Her desire to be a midwife, she says, “came out of a love of human biology and also probably because my mum was pregnant quite a lot”.

“There’s quite a big gap, my youngest sister is 18 years younger than me so when I was doing my A-levels my mum was pregnant and I just found the whole thing fascinating,” explains Petch.

“I knew I wanted to work with people, and I wanted to do something that was useful and it just seemed natural to go into that career and I did really enjoy — I loved it.”

The oldest of five girls, Petch describes her childhood as a “nomadic lifestyle”, moving between different council houses from Newport, in South Wales, to different areas of London so that by the age of nine she had attended five different schools.

The family was frequently moved into houses on a temporary basis, something which she says was “quite difficult”.

“I think, as a child I don’t remember it being distressing, but I think it made me quite bookish,” she says.

“I was always reading, so that was kind of my escape — I would just read. I liked reading, and if you like reading it think it makes it easier for most subjects. So I was a bit of a swot at school.”

Although she describes herself as a Londoner, Petch now lives in Chelmsford, with second husband David, an anti-money laundering and financial crime officer, and is head of teaching and learning development at Chelmsford College.

Family is important to her, she says, and she sees a lot of them, because with three children and three step-children, “I don’t have any choice really, there’s so many of them,” she jokes. The couple’s own career choices have influenced their children’s choices, she says, as Laura, aged 25, is deputy head of science at a secondary school, and Amy, 28, is a senior practitioner in social work for children and families.

“I think there is quite a strong lean towards public service,” she says.

“So quite a sort of public service ethos going on I think. I think that me and my husband having instilled part of the ethos in them.”

And Petch got a taste for public service at London’s Charing Cross Hospital, with compulsory nurse training for all would-be midwives.

“That was in the days when you were working full-time on the ward and then had to study in your own time and you had a week at various different points throughout the year where you would go into the school of nursing and be trained, but most of the training was done on the wards, so truly vocational rather than being academic,” she says.

Even then, it seems, the Institute for Learning (IfL) president was interested in voicing the concerns of a profession.

“I did once sit in the road and stop a bus in Trafalgar Square when I was a student nurse on strike,” she says.

“I remember the whole bus cheering and clapping. They were very much behind us.”

She adds: “I only sat there for about 60 seconds and then moved on.”

Being a midwife, she says, allowed her to understand the need for a professional body, such as the IfL, when she moved into FE.

“As a midwife, I was in a professional body so it just seems natural to me that I have that organisation to represent my profession,” she says.

“I really value having a professional body for teachers — it’s a voice.”

She had been an elected member of the IfL’s advisory council since November 2011 but was voted to be president earlier this year, taking the post on last month. It was, she says, “definitely a highlight” of her career.

“I felt very proud when I found out that I’d been elected,” says Petch.

“I know that I’m representing lots of people.”

She adds: “I was on a beach in Cephalonia when the email came through, just passed my phone over to my husband and said ‘what have I done, why did I do that?’”

Fortunately, it seems, Petch is unfazed by challenges.

“I don’t really think I have challenges, I have opportunities,” she says.

“It is about opportunities.”

What’s your favourite book?: “As a child it would have been Little Women by Louisa May Alcott. I didn’t appreciate the feminist influence until I was an adult. As an adult my favourite is Captain Corelli’s Mandolin by Louis de Bernieres”

What did you want to be when you were younger?: “A writer

If you could invite anyone to a dinner party, living or dead, who would it be?: “Tony Benn”

What do you do to switch off from work?: “Shopping, reading, gardening”

What is your pet hate?: “Probably negativity — people who respond to change negatively”