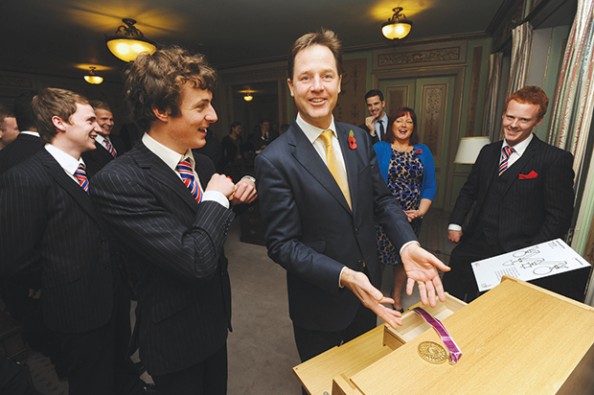 It will be on display at Whitehall’s Dover House, where it was handed over as part of a reception for Team UK, who won a further gold medal, one silver, three bronze and 17 Medallions for Excellence. George, who works for Cimitree Furniture, said: “It is a great honour to have my work displayed at Dover House.”

Mr Clegg said: “I want to congratulate Team UK’s outstanding success at this year’s competition for
showcasing the best of British talent.”