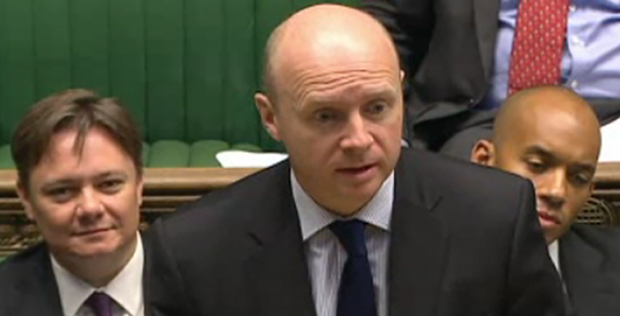 Newly appointed Shadow Skills Minister Liam Bryne quizzed his opposite number Matthew Hancock over the drop in 16 to 19 apprenticeships.

Mr Byrne used today’s appearance at Business, Innovation and Skills questions in the House of Commons – his first since he was appointed to the senior post – to challenge Skills Minister Matthew Hancock over the figures released last week showing a drop of 12 per cent (14,600).

“The unemployment among young adults is still over one million,” Mr Byrne said.

“The apprenticeship numbers among those under 19 are lower that they were in 2010.”

Mr Hancock acknowledged some of the decline had been caused by the government stripping some providers of their contracts.

Mr Hancock said: “It is true that we had to take action to remove some low quality providers that focused on the 16 to 19 space, when we introduced rules to make sure an apprenticeship was always a job, which it wasn’t previously.”

The Minister added he would have thought Mr Bryne would have welcomed “more quality” and pointed to the government’s efforts to increase 16 to 19 participation in apprenticeships.

He said: “I would make this point, that the participation in apprenticeships is at the highest level ever and I would have thought that would be something all parties could support. “

Mr Byrne also challenged Mr Hancock for not supporting a Labour policy to require any company receiving a government contract for more than £1m to provide apprenticeship opportunities.

The policy, which was first announced in January, was voted down by the government in March.

Mr Byrne said: “Can [Mr Hancock] explain why he voted against Labour plans to use the power of public procurement to increase precisely these much needed apprenticeships?”

Mr Hancock replied by pointing to examples of public procurement projects which had involved apprenticeships, including the London Crossrail project, which, he said, was the largest public procurement and construction project currently happening in Europe.