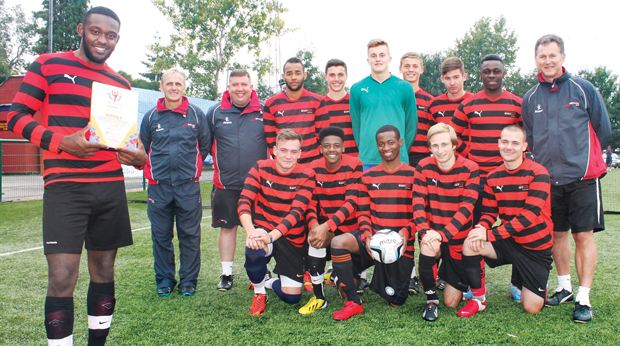 College student footballers have been named Under 19 Team of the Year at the inaugural Birmingham Sports Awards 2013, following a season of trophy success.

Team coach Nick Heath said: “We’re all really proud of this award because it recognises the achievements of our 18 players over the last 12 months.

“Week after week, the team demonstrated a desire to play at the highest level and their hard work continued to pay off.”