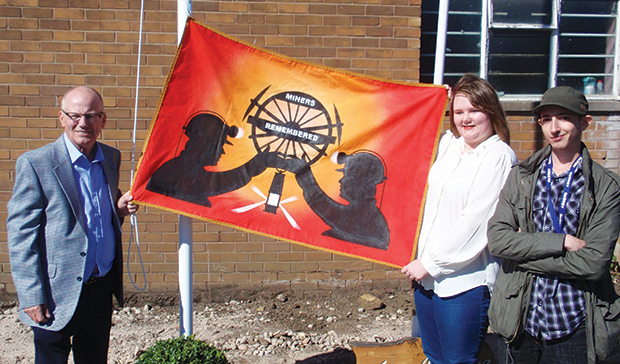 Doncaster College students have revealed a flag they designed in memory of miners who lost their lives at a nearby colliery.

The flag was raised in a special ceremony by Doncaster Central MP and former cabinet minister Rosie Winterton and former miner Dennis Knowles.

It will fly at the Miners’ Memorial Garden to honour the 89 miners who died at Markham Main pit between 1920 and 1996.

The ceremony was attended by many of the miners’ relatives.

Student Daniella Houghton, said “This was a really emotional experience and it showed just how much our work means to people.”