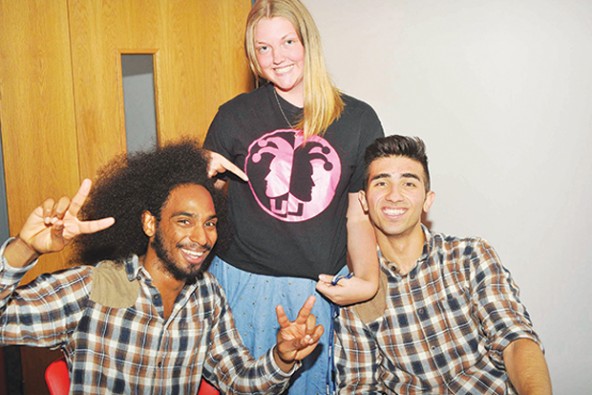 New learners at Doncaster College were treated to a music festival, headlined by dance act Urban Jokers as part of their induction week.

Urban Jokers’ Pierre Lafayette and Sia Lord have established themselves as one of the UK’s top dance acts, having appeared on a variety of TV talent shows, including ITV’s Britain’s Got Talent.

They performed their fusion of street dance and physical theatre in front of students, as well as staging a singing session.

Rosie Browning, aged 21, a level three creative media apprentice, said: “They were full of life and very funny, and their wacky routines, incredible coordination
and crazy personalities showed through in their performance. I thought they were epic.”