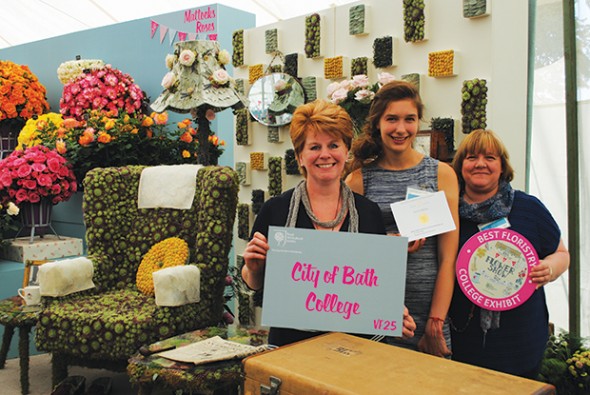 West Country students’ blooming talent won them a bouquet of prestigious floristry awards at some of the UK’s top flower shows.

They followed that up just two weeks later with a bronze award at the Tatton Park Flower Show for a black and white solar system-themed display called Orbit of the Galaxy.

Floristry tutor Louise Rawlings said: “To get medals from both RHS flower shows in the space of a couple of weeks is just massive.

“We tried to create something a little different… we are so proud of all the students’ hard work.”