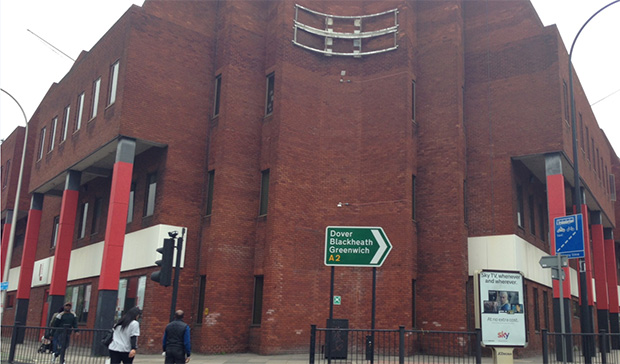 A London college has been added to the ranks of those facing industrial action as staff up and down the country react to the threat of hundreds of job losses.

Members of the University and College Union (UCU) at Lesoco — a merger of Lewisham College and Southwark College with campuses in Lewisham, Deptford (pictured), Waterloo, Bermondsey and Camberwell — have voted in favour of strike action in a row over cuts to courses and, FE Week understands, the threat of 35 job losses.

The union has ongoing disputes at colleges in Sheffield, Chesterfield, Kirklees, Grimsby Institute, Croydon and Lambeth.

And the first protest at Lesoco is due to take place Wednesday, July 17, from 1pm-2.45pm.

More than four out of five (86 per cent) UCU members who took part in the ballot voted in favour of strike action, with 96 per cent voting in favour of other forms of industrial action that would not include wholesale walk-outs.

The union said staff were angry at proposals to close the college’s award-winning floristry department.

Staff and students from the floristry department have won gold and bronze medals at the Chelsea Flower Show, created floral displays for Gordon Ramsay’s London restaurants and taught floristry to teams on the BBC’s Young Apprentice programme.

The science department is also at risk, according to the union, as is the college’s Access to Higher Education department, which runs courses aimed at people considering education or training later in life face cuts and job losses.

Meanwhile, the college has shut down two nurseries used by students with young children, and sacked staff, according to the union.

“Just twelve months ago, it was a very different picture when staff were full of optimism that the newly merged college was going to be an exciting place to work that helped and supported our local communities.

“Instead the college is ignoring the voices of staff and students and closing down educational opportunities for the very people who need them most.”

UCU accused the college of having failed to carry out a proper consultation on the proposals and, following Wednesday’s protest, the union will consider the possibility of further industrial action.

Principal Maxine Room CBE said: “We are committed to providing education to enable local people to get into work, employment and further education.

“The courses we provide are based on demand from the local community, the skills employers want and need, and the quality of what we do.

“We continually review our provision on this basis to ensure that our offer remains fit for purpose which can lead, as in this case, to changes to provision.”