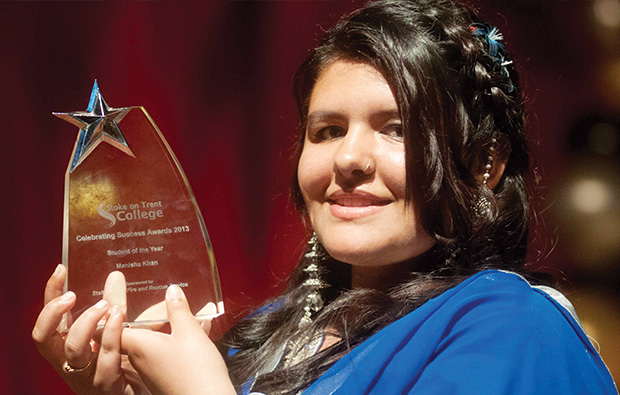 Emotions ran high at an annual celebratory evening as students from Stoke-on-Trent College were recognised for their achievements.

The learners, their families and special guests heard tales of triumph during the college’s annual Celebrating Success evening, held at the Kings Hall in Stoke on June 20.

Major winners included first-year interactive media student Rhona-Anne Breeze, 18, who got the innovation and creativity award, and student of the Year Manisha Khan, 18.

Manisha, who is deaf, is a second-year childcare and education student who has gone from a level one qualification through to level three and has already been accepted for a degree at Staffordshire University. She said: “I feel very proud that my determination and hard work has led to this award.”

Featured image caption: Student of the year Manisha Khan shows off her award after the annual celebration