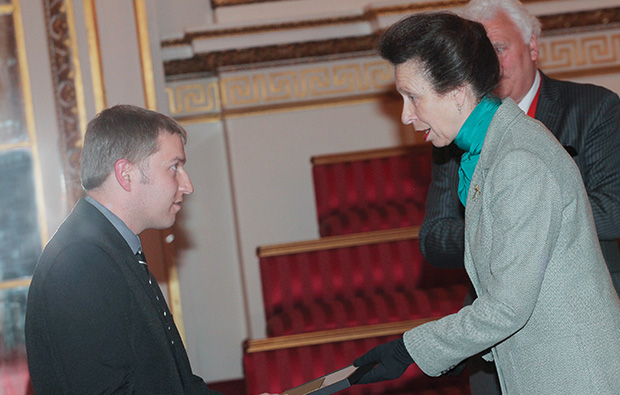 Chris Morgan, a 30-year-old Stourbridge College Foundation Learning student, has been recognised for his classroom achievements by the Worshipful Company of Environmental Cleaners.

The Princess Royal presented the award — which forms part of the annual City & Guilds Prince Philip medal ceremony — to Chris, from Halesowen, near Birmingham, for producing exceptional work on his horticulture course while undergoing treatment for leukaemia.

Lynn Glazzard, director at the Centre of Excellence for Foundation Learning at Stourbridge, said: “This was a wonderful achievement for Chris, and a marvellous opportunity for him and his family to attend the awards ceremony at Buckingham Palace.”

She added: “Chris’s conservation project allowed him to try new skills and we are all thrilled at the recognition he has received for his hard work.”