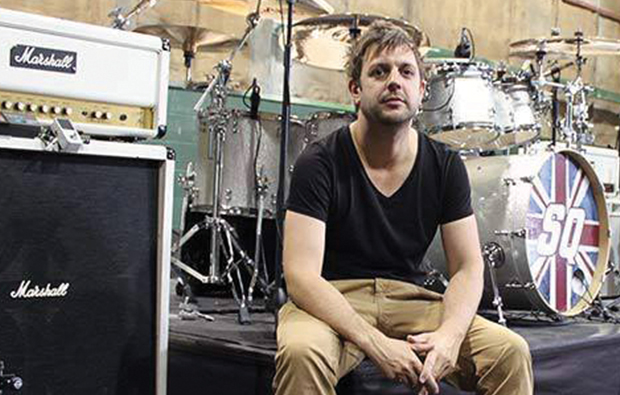 Status Quo, the legendary rockers who have racked up 60 UK hits over nearly half a century, have turned to FE to find someone to bang their drums.

City and Islington College music technician Leon Cave has been named as the band’s new man with the sticks — or, as a band spokesperson said, “the new addition to Quo’s engine room”.

The 34-year-old multi-instrumentalist, who began working at the college in 2005, plays guitar, bass and drums, and has previously performed with the Beautiful South and the Francis Rossi band.

He said: “I have really persevered over the years to make it as a musician. Despite my age I never gave up, never lost my passion, and always kept believing that I would be able to be in the position that I am now.”

Leon first began drumming at 4, which was when his dad noticed that he had natural talent and could learn fast.

Leon arrived in London from his native Cheshire in 2005 with £1,000 in his pocket and took a number of temporary jobs while gigging as much as he could across the capital.

After a year of temping he chanced upon a music lecturer from City and Islington College who encouraged him to apply for a job at the college as a music technician.

He has worked there since, preparing students for rehearsals and big events. Learners also shadow him to find out about the technical side of music production and performance.

He said: “It’s been rewarding working with such talented students for the past
eight years.

“By the time students finish their music courses at the college, they are more mature, more professional and their talents have been honed so that they are ready to begin working in the music industry.”

Leon debuted with Quo on May 25 in Frankfurt, Germany, at the start of their European tour. He replaces Matthew Letley, whose 13-year stint with the band ended with shows this year in Australia, New Zealand, Australia and Mexico.

Leon said he plans to keep working on his own material and hopes to one day record a solo album.