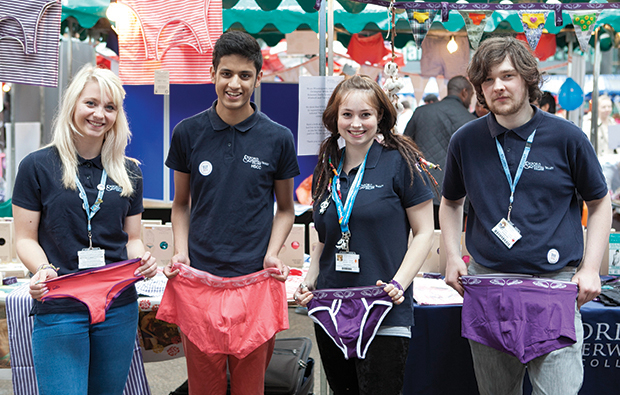 Around 560 students from 17 FE colleges up and down the country showed off their pants at London’s Old Spitalfields Market for an entrepreneurial Fairtrade challenge.

They marketed, promoted and sold ethically sourced designer pants as part of a four-month real-life business challenge organised by the Gazelle Colleges Group and Fairtrade underwear brand, Pants to Poverty.

Middlesbrough College’s team, Fairwear,
was crowned winners after wowing the judges with its business plan and selling out of stock.

Team members will now visit the cotton farmers in India who supply Pants to Poverty, to help them to understand the Fairtrade process.

“People have said that India is going to be hard,” said Matthew Griffiths from Fairwear. “But I know that I am going to love every minute of it.”