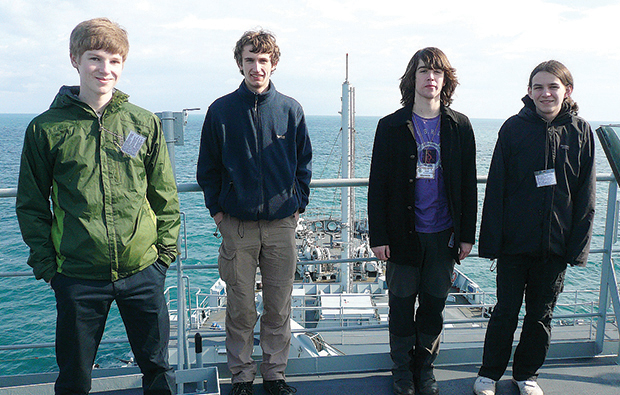 The quartet has been working with the Royal Navy to develop a new system of measuring the distance between moving ships delivering and receiving supplies and fuel, known as ‘replenishment at sea’.

Isabel Culmer, engineering education scheme co-ordinator at Barton Peveril, said: “All the different experiences of the day were amazing and the students learned so much.”

The students watched Fort Austin deliver supplies and fuel to a Dutch frigate, as well as having lunch with the officers and taking part in a ‘man overboard’ rescue drill.