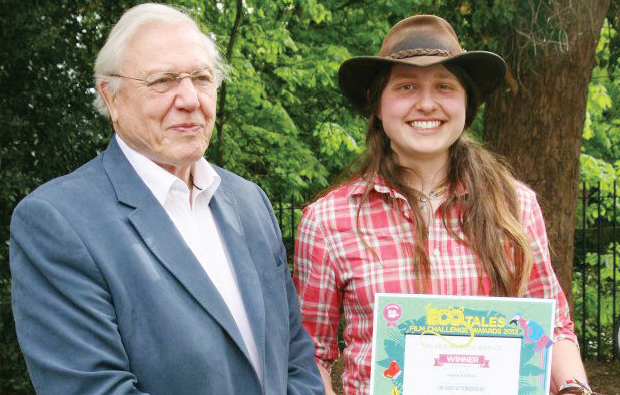 A budding wildlife film-maker’s success in a national competition was rewarded with an award presented by the veteran broadcaster Sir David Attenborough.

Abbie Barnes, 16, who studies environmental science, archaeology, biology and geography at Richard Huish College in Taunton, created a film, Save our oceans, recycle your plastic, for the EcoTales competition.

She said that she had a chance to chat with Sir David at the end of the awards ceremony. “It really was an amazing day — I’m still buzzing,” she said.

To make her film, Abbie enlisted volunteers to clean up Lilstock beach near Minehead.

One of the judges, BBC wildlife presenter Michaela Strachan, said: “Abbie has done a fab job… the film is really nicely edited and she has used a great variety of shots to illustrate her points.

“I almost thought I was watching a Countryfile piece. Sign her up.”