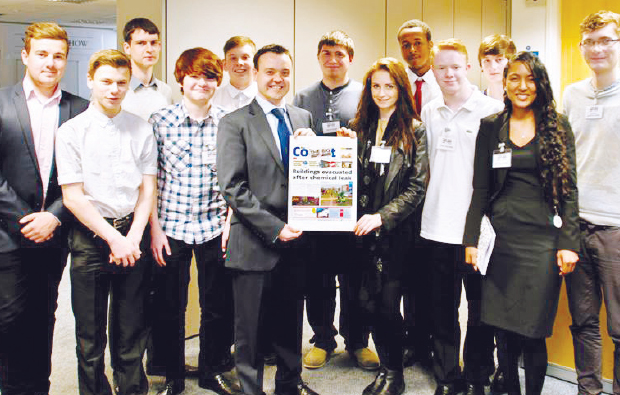 Twelve students from North Hertfordshire College took over their local newspaper, The Comet, and its website for a week.

They took over roles in journalism, photography, design, digital and social media, as part of ‘The Big Student Takeover’.

They won the chance to get involved by designing digital adverts for the college’s open day.

Melissa Agard, 17, editor for the week, said: “It’s amazing what we’ve done in just one week. We had our occasional fights and we handled it like adults, which I really loved.”

Melissa’s hard work has earned her an internship at the paper.

“I’ve wanted to be a journalist since I was little, I would write crazy stories and show my mum and she always said I’d be successful. Now I believe her,” she said.

Featured image caption: Students who took over the Comet newspaper, with their front page