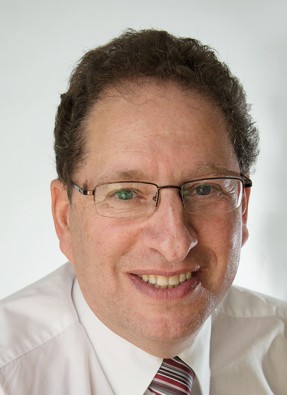 Stewart Segal has always been interested in knowing what makes people tick.

It’s why the incoming chief executive of the Association of Employment and Learning Providers (AELP) took on a human resources graduate training scheme at Ford after studying geography at university.

Does this stem from growing up in Tower Hamlets, one of the country’s most ethnically diverse, but poorest, boroughs in London’s East End?

“It was tough, but interesting,” he says. “It had a huge cultural and ethnic mix; everyone in our road came from a different place. There were no-go areas, but it wasn’t as tough as some might think. You just took it for granted . . . and it worked.”

The Tottenham Hotspur fan, who takes over from the current AELP chief executive Graham Hoyle next month, is from a Jewish immigrant family, “one of the last of those families living in East London”.

His grandparents moved to the capital from Poland just before the Second World War and although his grandmother spoke English, she “chose not to most of the time”.

It was Segal’s parents — his company secretary mother and cabbie father (who retrained to be a teacher) who were his inspiration.

“The war meant that my dad didn’t complete his schooling. I always knew he carried a frustration at being on the cabs,” he says.

“When he was about 45, he decided to retrain — it was a real inspiration and a big deal to all of us.”

Segal also bucked the trend when he went on to the London School of Economics, the first member of his family to go to university.

But what stands out most after spending time with him, is not just his interest in people, but his genuine desire to get youngsters on to their feet and into the world of work.

“You don’t have to meet too many young people, desperate to get an apprenticeship, to become passionate to help,” he says.

Segal spent eight years at Ford  (where he met his wife Pam, a fellow graduate; the couple now live in Maidenhead) before moving to Grand Metropolitan, a property conglomerate that eventually merged with Guinness to form Diagio in the 1990s. And here he moved from HR into line management, overseeing the contracts of around 8,000 pub tenants.

His first public sector role was in 1995 when he joined Hertfordshire Training Enterprise Council (TEC) as chief executive.

“I’d been involved with the TECs at Grand Met, but I knew nothing about government, so it was a real eye-opener,” he says.

“I Ioved it. It was breaking ground in the way it was operating. We had fantastic support from the universities and local government, and were operating at a high level, with good people.

“I felt that I could bring a commercial-like approach to public values. I learned a lot about making that combination.”

After three or four years, he felt he was “one step too far from actually doing good stuff” and moved to become chief executive at Spring Skills, which had been one of the biggest national training providers.

But operating contracts with around 75 TECs was a struggle. “At any one time there would be something going wrong with four of more contracts…there was a lot of time spent managing contracts and not delivering to learners. It was one of the biggest frustrations I had,” explains Segal.

“I wanted to give a better service to employers and help to improve learners.”

At the same time the sector was moving to the nationalised system of the Learning Skills Council, a change that he saw through before he set up Learning Edge, a company looking at online learning and his last venture before taking his post at AELP.

What qualifies him for the new role?

“I’ve been at the sharp end of trying to develop how providers make their programmes responsive to employers and making the link between government policies and delivering what employers want, which is simple, transparent, easily understood programmes that deliver to their bottom lines,” he says.

“Sometimes that doesn’t meet where a government is, but training providers have to become more skilful, especially as money shrinks and guidelines get stricter.

“You need to understand what drives the employer — providers have become slick at understanding those needs.

“We should move from a training provider base delivering programmes, to one that delivers workforce development that includes government priorities and programmes. It’s a big switch and challenge, but that’s what we have to do.”

He says the sector’s main problem is having no confidence in long-term planning.

“This is a short-term, reactive sector,” he says. “You’re only ever six months away from another big change, so no one ever puts in the planning needed — you never have any time…you just wait for the change.”

Longer contracts — up to three years — would be better, he says, adding that ministers should “understand the implications” of their changes, such as FE loans and traineeships.

“We’re not good at getting on-board with employers. Agencies forget there are 800 training providers, but they’re dealing with 100 employers each, so how do we turn those around?” adds Segal.

However, many large employers are still not taking on apprentices, he thinks.

“I don’t think it’s about money, employer incentives,” he says. “They think the system is not responsive enough for them. That’s not true and we can make it more responsive.”

He believes investment will be well placed in traineeships, which are “a long time coming”, but which should have “a more flexible approach to who can deliver” and be extended to 19 to 24-year-olds.

“If we take this on board and get some employers who really want to deliver this, but aren’t in the scheme now, we will be able to show we can do it. The onus is on us,” he says.

What is it that motivates this city boy who these days enjoys nurturing an allotment, reminiscent of his grandmother who tended a tiny strip of earth in the big smoke?

“It’s people and how they work,” he says.

“It’s what interested me at university and still fascinates me now.  Some people think money should be used to build another road, but I think the best investment you can make is to build people’s confidence so that they take on the next development in terms of their own business careers.

“That is the best way to build the UK economy.”