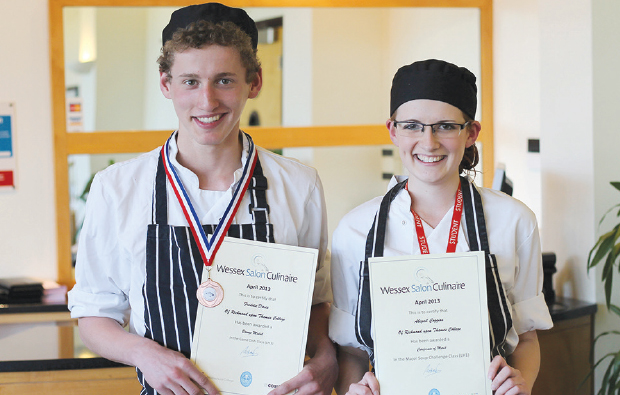 More than 700 budding Gordon Ramsays from colleges and hotels across the UK competed at Wessex Salon Culinaire 2013 last month.

Among the winners at the event, hosted by Hampshire’s Brockenhurst College, was Richmond upon Thames College level two student Freddie Davis, 17, from Roehampton.

He won a bronze medal, while part-time level two student Ruby Vince, 25, from Teddington, received a certificate of merit.

Hampton 17-year-old Abbie Coggins, a VRQ level one student, also got a certificate of merit.

“Over the years, the Wessex Salon Culinaire has become a prolific platform for student chefs wanting competition experience on a high profile stage.”